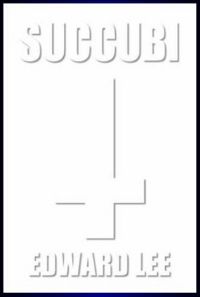 Succubi is a novel written by Edward Lee. In this work the character Ardat-Lil is a Succubus.

Archaeologists are stunned to find remnants of a little known ancient civilization known as the Ur-locs, a pre-druidic sect of the early Chiltern inhabitants of England. These people formed an occult society that practiced various rituals involving gratuitous sex, sacrifice, and cannibalism. However, what made them particularly unique was the fact that they were a society formed entirely of females. By enlisting the aid of "clever management and fear," they subdued males, enslaving them to do their biding. All of this in the name of their goddess, the Ardat-Lil, a succubus. But these ancient peoples have long since died out. Or have they?

Anne is a successful lawyer living in the city, even though her upbringing took place in a small suburban town. She resides with her daughter and her poet boyfriend, yet is living in constant turmoil and regret because her job keeps her from spending enough quality time with them. For months she is continuously awakened, at the same time every night, by the same recurring nightmare. Though her psychiatrist feels that her dreams have something to do with her guilt and stress, she isn't entirely convinced. When she returns home to visit her ailing father, the nightmare takes on a whole new dimension.

Erik Tharp has been living in a mental institution for quite some time now after being caught by police burying children and babies. Though convicted only of burying the bodies, and not killing them, he has been condemned to a life of mental poking, prodding, and dissection. Most of the professionals analyzing Erik write him off as delusional. Regardless of what they think, the vernal equinox, the "tangential lunar apogee," the doefolmon, is upon them, and Erik must find a means of escape before it is too late.