Sorry about the site being down today… The server had hardware issues, but all seems to be back together…

Sorry for the lateness of this post, but those that know… Know. 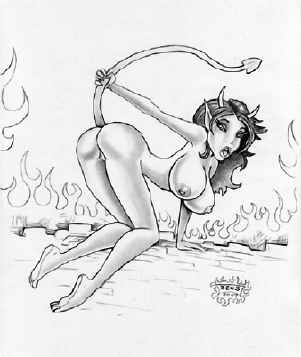 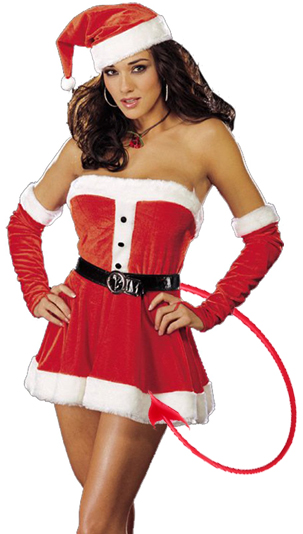 Too cute an outfit not to manip a lil…

It’s a pain to get the delivery before Xmas…

How I became a Succubi…

Some people have heard this story before, but I think it needs to be told here too…
I want to tell you all a story about my husband Keith and I. I want to try and explain why being a Succubus is so important to me… to us.

You have to understand that this all started many years ago. I was 26 at the time, and I was very much alone. Mom had passed away years before, Dad was very distant from me from the day Mom passed away. I was brought up by my Grandmom from that day on really.

Grandmom taught me how to be a good person. I didn’t want to be one. I wanted to lash out at every person that tried to be nice to me or help me. I just didn’t care.

But she told me that I would find someone to love and that when that day happened, I would know it without fear. I would find my soulmate and we would be happy.

I took Grandmom’s words to heart. I believed her because she was always right. I wondered how I would know when it was the right person for me.

I thought about it through high school and came up with a question to ask. It was a very strange thing to ask and it would get me many a strange look, but I asked it anyway. It turned out that no one that I ever asked it of could answer it the right way. They paused and backed away and probably thought I was a little crazy for asking.

That is until the day I met Keith.

I was invited to a party on a Friday night by my girlfriend at the time, Sandy. It was a nice party and it was a lot of fun.

I was talking to Sandy by her fireplace when Keith came into the room. He arrived with his best friend Jim and later told he that he didn’t want to come to the party because he didn’t know anyone there except for Jim.

I saw him come in… I couldn’t look away… He wasn’t too handsome. He wasn’t anything special that I could see. But he was… interesting…. Not loud, not crazy or ill mannered. Just a nice guy, well dressed.

I noticed that he didn’t drink, that was very attractive to me. He didn’t seem to be a smoker either as he seemed to avoid smokers like the plague.

After a little while I watched him leave the party and go out to Sandy’s pool where some of the party had spilled out to.

To this day, I do not know why I followed him out. I left the house and found myself at the patio door looking at him sitting at a patio table looking at the night sky above him.

I walked over to him and said, “Hello.”

He looked over to me and then scrambled to his feet. He answered, “Hello. May I offer you a seat?”

I nodded and sat at the table with him. We talked for a while about things that I can’t remember in detail anymore and then Keith said, “Is there something I can offer you?”

I couldn’t help myself and said, “Be careful who you give your soul to. You will never get it back.”

He just gave me a smile and said, “You had it at hello….”

And he meant it. I just knew that he did.

It was a certainty that I had never felt before and that has never left me from that day. I can almost feel him at any time in the day, he doesn’t have to be there, or touch me, or hold me, I just know that I am in his thoughts and I know that he knows that he is in mine.

A few weeks later Keith invited me to dinner at his place. He owned a nice home and one of the things that I found interesting was that he had created a small library in his home. He left me there while he finished dinner and I looked over the books he owned.

He had books on photography, art, science and many other subjects. All of them were hardcover books and many of them were signed copies. There were a few very old books on the shelf that I didn’t dare touch as they were so fragile looking.

But one book stood out like a sore thumb on the shelf.

It was a paperback book. It was the only paperback book there. The title was in white on a dark spine and literally screamed at me to look at it.

The title was, “A Personal Demon”

I really didn’t know what to make of it. Keith seemed like a nice guy and wasn’t weird. Why a book like this? I pulled it out and noticed that the book was very well worn. The pages were dog eared and the cover was damaged. This book had been read many times I could tell.

I stared at it for a minute…. And then I put it in my purse. I didn’t tell Keith I took it either. We had dinner and a lovely evening together, and afterwards I went home.

And stayed up all night reading the book.

And read it over and over again through the next week.

It was a romance about a university professor that summoned a demoness and by the end of the book, they were in love with each other.

Something in the book just grabbed my heart and I knew what I was going to do.

Keith called me over for dinner again that week and I returned the book without saying anything to him.

But I left something in the book. I took a card and wrote a note on it.

I wrote, “I can be your personal demoness. Love Tera”. And left a lipstick kiss on it. I put that note inside the front cover of the book and put it back on the shelf.

Keith never said anything about the book being missing.

At the end of dinner, I invited him to my place for dinner the next weekend.

I spent the week looking for a demoness outfit to wear. I couldn’t find anything that didn’t look tacky. So I put one together on my own. A set of soft red horns, lipstick and nail polish to match the horns. A wonderful red dress that went perfectly with a set of red heels that I had. I wanted to look classy for him. I wanted to be the one to fulfil his fantasy.

I made dinner and wore everything except the horns when Keith arrived for dinner. We ate and afterwards we were sitting on my sofa looking at the fireplace and talking about things when Keith reached over to his jacket and pulled out the note I had left him.

He looked into my eyes and said, “Do you mean this Tera?”

I took the card, got off the sofa and told him to stay there.

I went upstairs and got my horns and came back to him.

I sat back down beside him and said, “Yes. I can. I must, for I have your soul.”

And I became a demoness or rather a Succubus…

He fulfilled a dream for me. I could not give him his fantasy in return.

It’s something wonderful when two souls that are meant for each other find one another and fill each other’s needs and wants.

I will admit that we have a great deal of fun with the fantasy that we have created together. It’s something very special to us and I hope that it is something special that I… that we have shared with all of you here in this place we are creating.

I wish to all of you that have found someone special in your life all of the happiness in the world always.

I wish to all of you looking for that person all of my hopes and dreams that you are fulfilled and find that person soon.

I know that I am a romantic, and that I have a need to speak from my heart to you all.

I can do no less for those I care about.

My love to you all

Queen of the Succubi

Well… Just passed the 33,000th post mark on the Collective and posted a piccy for it… It’s Succubi related of course…

Click on the link here for the Collective and then look in my album for a file called Shackled.

Hope your day is a warm one!