I have said, many times, that Morrigan Aensland is one of my favourite Succubi characters. She’s changed over time in the video games she’s appeared in and I found a neat little YouTube that shows how she’s changed…

In the event the video doesn’t appear on the Tale, try this link.

Obviously as the technology of games has improved, Morrigan’s look has become more and more realistic, which is completely expected. However, I will direct your attention to a point in this video where Morrigan is seen… playing golf.

A Review of Corrupted Mortal Vessel by David Gosnell 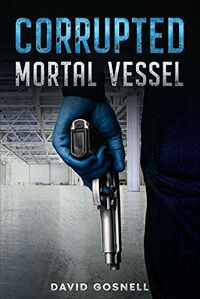 It’s been quite some time since I last reviewed a book on the Tale. Eventually someone will read this note hopefully when I have filled in a number of years of reviews and other things that I haven’t been able to do.

But with that said, a review today of a book written by an amazing storyteller, a story which is vast in its reflections, characters and story. A work which, more than anything else, reminded me of a truth, a promise and the friendship always to be thankful for.

Legends, when seen in reality, are seldom as they appear to be. One cannot ignore their truths for within them are reflections of those that are held by the ones encountering them. But whichever truth matters, whatever result comes from the decisions made, you can really only control your own decisions, good, bad or something beyond one’s understanding.

As if demons weren’t bad enough, imagine one possessed by something even worse.

Being a corrupted mortal vessel in Lilith’s service, Jack has two jobs. The first is feeding Lilith’s children, the incubi and succubi — the fun job. The second is protecting them, something he doesn’t have to do often.

When a succubus goes missing, Jack is pulled into action, and his happy-go-lucky existence takes a turn for the serious. Thanks to a doomsday cult, the missing succubus is possessed by a nether god — a being neither of heaven or hell. It plans to consume all living things on Earth. Complicating his rescue mission are monster-killing mercenaries who consider Jack and his possessed succubus nothing more than bounties for the taking.

Caught in some poor decision making by others, Jack finds himself at the tender mercies of Lilith and is given a choice. That choice made for a distant promise, he now acts for Lilith and her children. But in being entwined in mind, body and soul, a threat to all appears to which Jack finds himself inescapably caught. No path is simple when powerful beings walk the Earth and the cost will be hard for all to bear.

There’s a lot of depth to be found in the characters here, Jack, being the core of the work is complex, but more so, he has a certain flavour of personality that drives the story onwards. Beyond that, Lilith’s appearance is far from stereotypical, as is all of the succubi and incubi within this work. There are shades of good and evil to be found, but never does a character feel like they are not being true to themselves at any point.

This is clearly also shown in the minor characters as well, which is a hallmark of this author’s writing. The plot evolves, never remaining static or lost. Characters pass in and out of encounters, but each has a meaning to the overall whole of the story and creates a climax to the work that is gripping and very satisfying.

The world building is complex, which allows for some unique moments to unfold amongst the characters. Events connect together well, there’s a point to the threads which when they converge bring about telling moments.

Perhaps the singular thing that I enjoyed the most was the glimpses of the relationships between the succubi and Lilith herself. Yes there is a certain viewpoint they have, but at no point are the characters stereotypical, something that this author has never allowed to creep into their works.

Amazing storytelling from start to finish, characters with personality, soul and depth who are engaging throughout. Plot threads that weave together delightfully into a satisfying read. The work closes on a point which offers an interesting possibility for further tales to be told and I dearly hope that appears.

Succubi Image of the Week 689

Time for another animish Succubi for the image of the week on the Tale. This artwork especially because she’s cute but also has a certain presence that I find adorable… 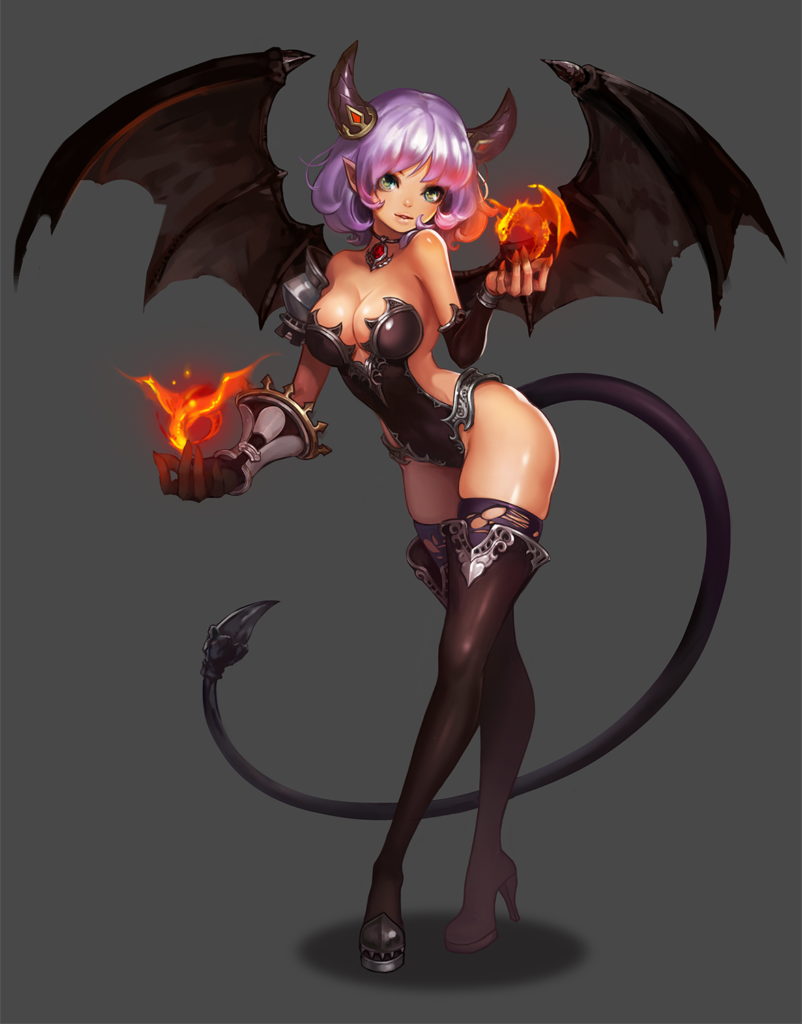 This lovely work is by the artist macaron on Pixiv and you can find the original page here.

She’s just beautiful from her horns to her heels, the thigh high boots and corset top are amazing and perfect for her. Interesting tail design, I’m also very glad that her wings are torn and work so well with the rest of her look. The gauntlets of power is an interesting idea as well. Most of all, it’s her expression and pose that set everything together and create a wonderful Succubi character…

Succubi Image of the Week 688

There is no other word to describe this week’s Succubi art other than cute. I love cute Succubi, and this particular work has been a long held favourite of mine in so many ways… 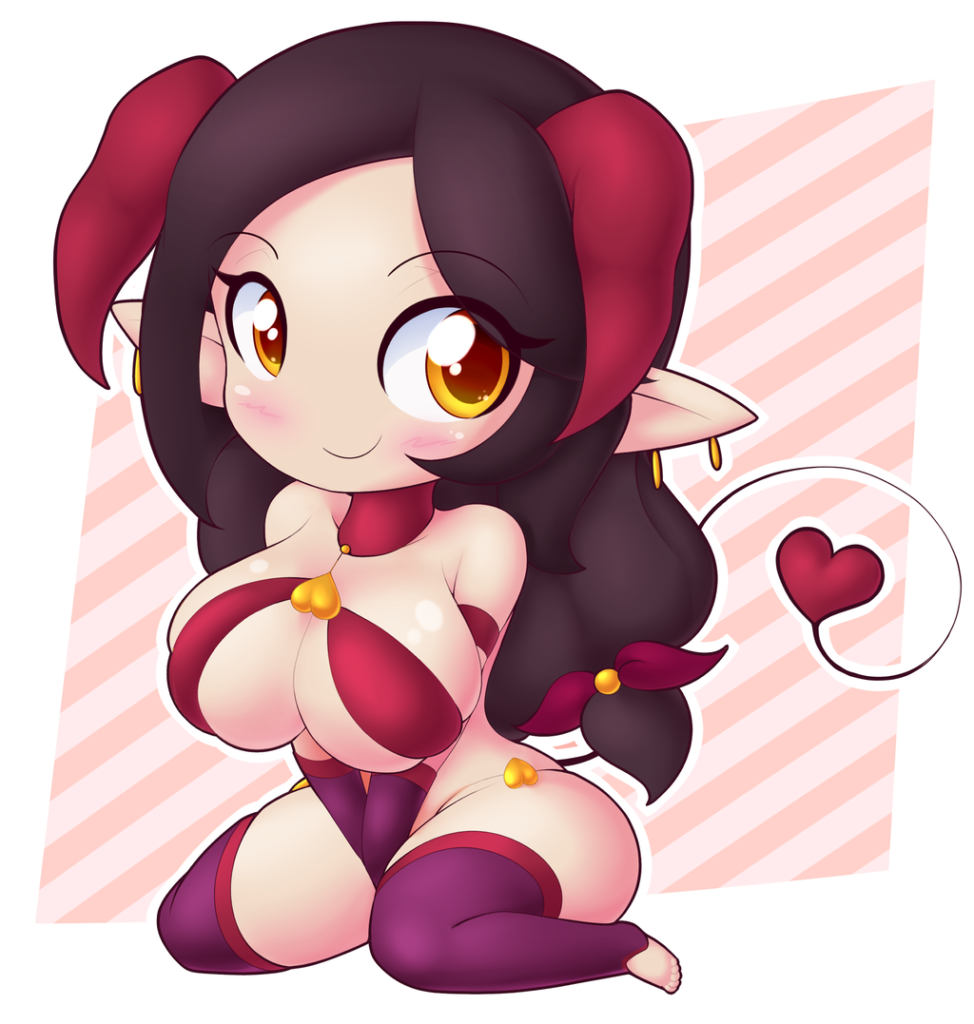 This work is by the artist Sir-Static on DeviantArt and you can find the original page with this art here.

She’s simply the most adorably cute thing by far, and her smile and blush just puts the cherry on top of everything for me. Most of all, that lovely heart tipped tail is so perfect in so many ways… Delightfully fun, an amazing work of art and she always brings me a smile…

Succubi Image of the Week 687

Something of a photo-realistic work of Morrigan Aensland art this week on the Tale. I do like Morrigan the most when she’s shown in a way that really expresses her personality and style and this week’s image does that very well… 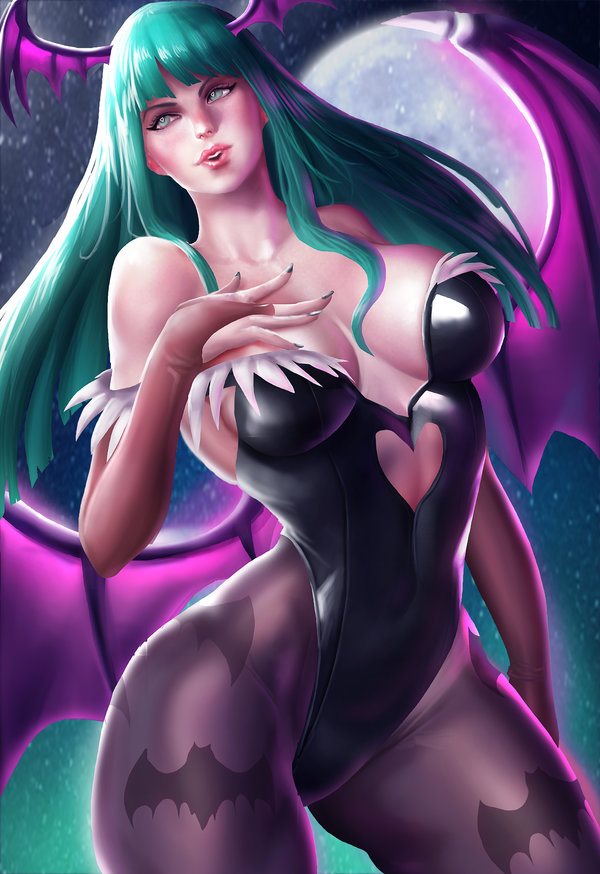 This work is by the artist Galakushi on DeviantArt and you can find the original page with this work here.

The single thing that I like most about this art is the realism it has. Morrigan looks “real” from her body shape, smile, hair, and the look and the sheen on her tights just works perfectly together. Amazing smile on top of everything else makes this one of my most favourite Morrigan works of art by far…

Succubi Image of the Week 686

Much of the time, the Succubi art that gets my attention really comes to the expression in the art. There’s something about a bemused smile, for obvious reasons, that I adore. Setting that aside, Succubi art need not be overtly “evil” to be something of an attention getter and this week’s image is a lovely combination of pose, expression and look that I think is so very well done… 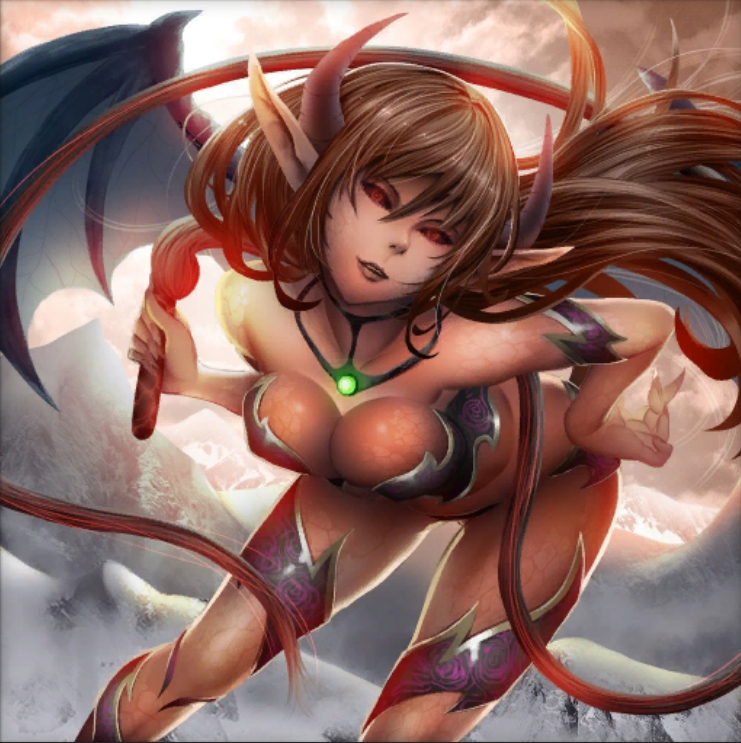 This work is by the artist SpeedWaifuG on DeviantArt and you can find the original page with this art here.

I really don’t think that “evil” exactly works for this particular Succubi, I do however think that she’s quite forceful and mischievous, which for me works far better. Tempting smile, a pose that is quite the attention getter doesn’t hurt either. Amazing details in her hair, her eyes and outfit. She’s very much a “complete” character and in that I do adore her so very much…

Succubi Image of the Week 685 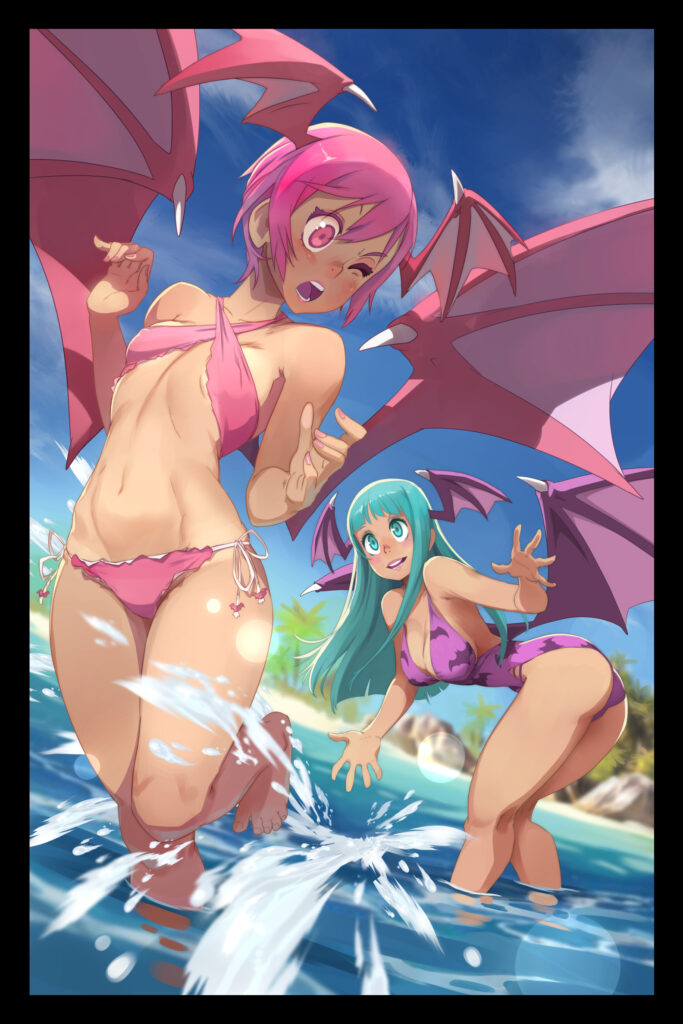 Morrigan and Lilith Aensland by xa

This work is by the artist xa on Pixiv and you can find the original page with this art here.

Bikini wearing Aensland sisters is just fun by itself, but the expressions they have just add so much to this art as a whole. Really the best art that I find of them are the fun ones which tell so much of their relationship and how their stories connect together.