A Review of Tainted Belief by Ryder O. Cox

Succubi Image of the Week 774

Why this costume exists I have no idea 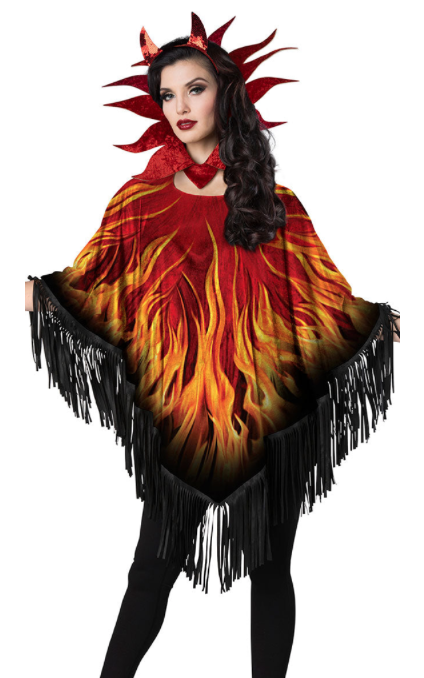 There are some costumes which I cannot quite understand why someone thought it was a good idea. Perhaps it’s something like good intentions, but then the path to tacky costumes is lined with them.

This is the Devilicious Poncho Costume and it comes with the poncho and the horns, which is more than enough by far. It sells for $27 US, though it has appeared for as little as $19 Us from time to time, though I wouldn’t dream of considering it.

It’s tacky, unflattering, and really is just so over the top that what made someone think this was a god idea completed escapes me. There’s nothing that is attractive, the horns are flimsy things, if not the worst I have found, they are very close.

I suppose as a wrap to wear before getting to a Halloween party there’s a point to this, but I wouldn’t think of this being an option.

I might have a prime example of tacky and awful for a costume, but there’s nothing else here.