Succubi Image of the Week 772

At least the horns match… 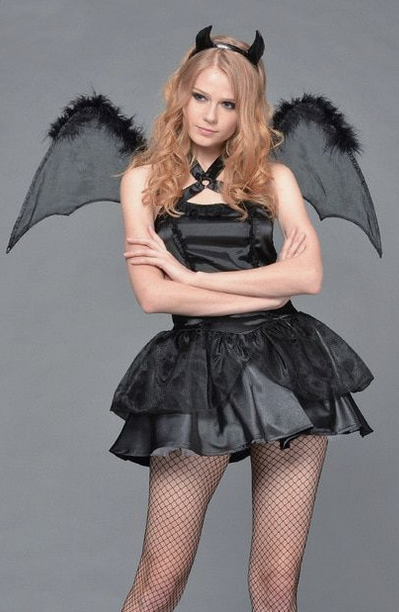 On occasion there is a costume which has some promise and more rarely actually isn’t totally trashy.

This is called the Halloween Black Devil Costume and it comes with the dress, the wings and the horns. Stockings are not included and it sells for $25 US.

Overall this looks relatively nice given that the wings and the horns match the dress, which seems to be a rare thing most of the time. The dress also manages to avoid being trashy or silly, and that’s appealing.

The problem, at least in this case, is that it’s not on sale anymore. That’s a shame as this wouldn’t be that bad a choice overall for the price.

Being average isn’t that bad all things considered. It’s just a shame that this isn’t an option anymore.