No it’s not a hot costume by any means

A Review of The Girl From the Woods by Ray Tulley 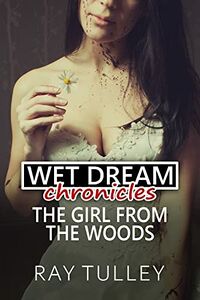 The Girl From the Woods by Ray Tulley

Not all things can be explained nor, many times, do they really need to be. It’s not so much the moment itself that matters as it is what comes from realizing that doing good matters.

Luke and Emma are happily married with an amazing home on the lake. Then a mysterious and beautiful young woman wanders out of the woods. Her wedding dress is spattered with blood and mud, and she’s muttering to herself, talking nonsense even while she strips off for a hot bath. She obviously needs help.
But when a cop unexpectedly shows up looking for the runaway bride, something about his manner doesn’t feel right. Luke and Emma vow to hide the troubled girl until the truth is known… and in doing so, experience a magical lust like no other.

Luke and Emma have had their love tested and been the stronger for being so. A mysterious woman needing help leads to the discovery that anything is possible, and love is far more vital than sex alone can ever be.

The work is an interesting mix of mystery, erotica, and the exploration of what the difference is between giving into lust and having love. The characters are wonderfully three-dimensional, having their own needs and desires, but more so it’s what they are inside that tells the story. Told from the perspective of the main character Luke, overall it’s very amusing at times, but there are moments when Luke’s internal monologue gets the better of him and the delights appear.

There’s a slow simmering heat throughout the story, caused by the mysterious Selena, that ebbs and flows well. The effects that Selena has on the other characters does bring up a lot of questions about her.

Selena is a mystery that’s never explained or revealed, and I think that works well. Her personality is through her expressions and sexual needs overall, the climax of the work leading to the last page where a really striking point is made about her that was, I think quite telling.

Selena can be thought of as a kind of succubus, her sexual drive, what she is capable of, and the effects she has on others suggest it. What’s delightful is that she isn’t evil, she’s more focused on what she needs and how to bring others to fill that need.

The main characters of the story, Luke and Emma take the story forwards and are the catalysts to what happens. While that’s a delight, the more important aspect is their relationship and how it changes and becomes transformed by Selena.

Written very well overall, there are a few minor stumbling points where it seems like the author wanted to take the story somewhere and then decided against it. But they left the beginning in the story which reads oddly. If there’s something missing that comes to not really seeing more of who Selena is beyond what Luke sees. That’s a function of the storytelling of course, but it leave me wanting in so many ways.

Is Selena really a succubus? That’s really in the mind of the author obviously. Regardless, the story closes on a really interesting point which brings a question if Selena did more for Luke and Emma that was told. That could be really interesting as a follow-on story. Perhaps that will happen, I think it’s something to ponder.