Really not sure if this is more silly than trashy

A Review of Lilith’s Daughter by Zoe DeNoir 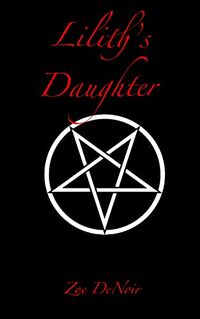 There are some stories that offer a lot in the characters and the events of the story, but can’t quite give enough to what’s offered simply because the work is so dearly short. In many cases there’s characters that are delightfully naughty in their being succubi, but there’s just not enough time to get to know them, and the story, well enough.

A review then of a work in which there’s a lot to like, the succubus is so very atypical, and the situation suggests something quite different to tell. The problem, however, is that it’s so dearly short and that’s disappointing.

Alexander wasn’t very good with women. So he tried a spell he’d found online from an ancient grimoire for summoning a succubus. He didn’t really expect it to work. But it did. Unfortunately for Alexander his succubus had her own ideas about their new relationship and Alexander’s place within it.

Alexander wishes to have a lover to call his own, and perhaps in summoning a succubus, he will have that eternally. But Nyx isn’t quite what he expected, she has her own desires, and whether Alexander likes it or not, he will find himself caught forever.

The real problem here is that the story is so very short, something I refer to as a pamphlet. Honestly this didn’t have to happen. Nyx offers a lot, as does Alexander in telling more of a story. Taking what this work gives, it could easily be divided into four chapters and have the dance between them go longer, the fall of Alexander to Nyx be more consuming. Perhaps most interesting, the story could tell an involved tale of Nyx training her new submissive and seeing where that leads.

Considering the characters, there’s a lot of story that could have happened. Nyx is interesting. Alexander is very much a submissive and it would have been a story to tell hoeing their relationship progress further. There’s just this sense of there being so much more story to tell, but it wasn’t. I hope the author will revisit this work. think where things could continue to, and see about telling more.