Succubi Image of the Week 761

A Review of Demon Girl – Corruption Transformation by Raven Renguard 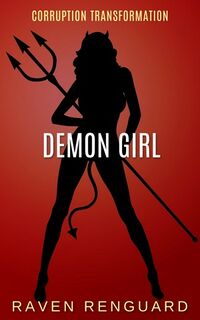 In the telling of a transformation of someone into being a succubus, or their corruption, there’s a lot that can be explored. It’s not just the physical aspects that tell the story, it’s the mental and personality changes that offer something to explore.

There’s something about delving into that change, giving time to slowly turn them towards their new selves that offers a lot of story to tell. It’s a shame when what comes is but a tease of what could have been told and what could have become a better story given time to be.

Angela is sweet and innocent, a trait that burns Carla to her very core. Carla will force the innocence from the girl, transform her into something filled with darkness. But will Carla be ready for the demon that Angela will become?

Carla doesn’t particularly like Angela, and that dislike is turning rapidly towards darker things. Given that Carla is very familiar with her own darkness that will be a problem. But turning Angela opens them both to the demons within amd there will be no escape from themselves.

Angela, who becomes the succubus of the story, is very much an evil creature by the close. Her powers are very much succubus-like, her true form is enveloped in darkness. Where things are interesting is Angela’s fall, her first appearance post-good girl, and becoming a femme fatale in more than name alone. Her corruption is total and the new Angela isn’t amy sort of angel.

As the work is so very short, the chapters are a page, more or less, much of the time. That’s a problem as there’s story told that feels like a summary of what’s happening. Telling of Angela’s mental struggles against the corruption is done quickly, her change even quicker.

The story goes by in a rush and it need not have been. The fall could have been slower, the transformation pulled out over several encounters. What would have been really interesting could have been Angela tipping over the edge day by day and taunting Carla with each step.

For how short the story is, there’s a lot to like. The characters are interesting, the plot has a good hook to it. I just think there’s a huge opportunity to tell a better, more engrossing story and it just doesn’t become more than a hot flash.

The work is really far too short for what story begins to be told. There’s so much that could have been expanded on, so many little steps along the way for Angela to be fully transformed and I think that really is a shame not to be explored. The author really should revisit this work and build on it. The ending suggests something that would be interesting to see unfold. Perhaps it will be or this story could be made all that it strives to be but doesn’t get the chance.