A Review of The Teacher’s Naughty Secret by Reed James

Succubi Image of the Week 757

The Sparkly Devil Horns are back… 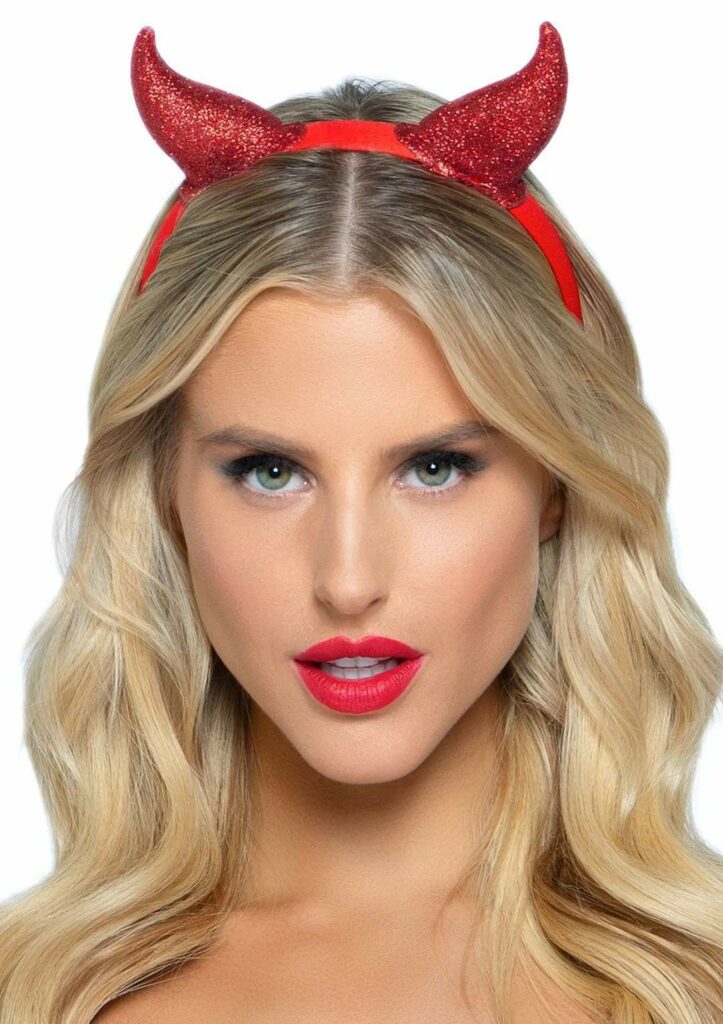 There are, of course, hundreds of versions and variations of devil horns which can be considered for a costume. Most of them really don’t appeal to me for a lot of reasons. I’m rather picky after all in the look I prefer. This time on the Tale something that isn’t completely trashy, but it is sparkly and that doesn’t help much.

These are simply called the Devil Horns Headband and they sell for $15 US. What you see is what you get, which isn’t a lot I know but still we have to start someplace.

Setting aside the sparkle, the issue I have is they are a bit too close together really. Spacing them out about one inch would have helped, which as an aside can be done with a heat gun and hot glue.

The shape isn’t awful and really that’s what just saves this from being awful. It would work with the right look and considering all of the other horn headbands I have looked at, that’s saying something.

It’s a thought at least…