Eternal – Part I by TeraS

A Review of A Succubus’ Tale by Robert Hrzic 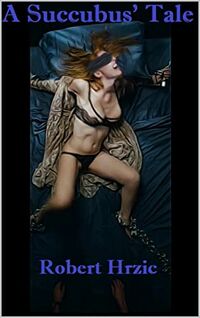 A Succubus’ Tale by Robert Hrzic

Conflict is often the driving force in a story. While that provides the threads upon which the characters pull themselves, what comes along as an undercurrent is very often more powerful.

Sometimes what you see is exactly what will be. More often than not our drive blurs the reality to a point in which the obvious is overlooked. When dealing with a succubus, that’s not the best thing to do.

The kingdom of Praecepia has known peace for generations and is ruled by a dynasty of benevolent kings. The young king, Tior, is now tasked with overseeing this prosperity. However, dark days befall on the kingdom and to add to their troubles, the endangered peoples see that they are not alone in the dominion that they call home. A demonic seductress has crossed into their world and their paths collide when the young king seeks the right answers. It is here that fate brings them together and the recompense… as well as the reverberations of their bond become his to bear.

Tior finds the crown weighs heavily upon him. His people look to him for salvation from the evil crossing the lands. A myth told might offer the means he seeks, but it also could bring a fate far worse and far more evil still.

The work is a fantasy adventure which is delightful in its complexity. The trials through which Tior must pass are not merciful. There is little in the way of joy to be found for there really isn’t with the evils that have befallen his people. The core of the work is that need to find a solution, someting to give hope and it’s well told and realized in all of the challenges.

There is a scattering of erotica, mostly in passing or summarized, rather than expressly told. I think that was a positive choice, considering that the work is told mainly from Tior’s perspective and he has other things to consider at least until he is drawn into the realm of the succubus of this work.

Dracona, the succubus of the work, is very much an evil succubus. It’s in her undertones, the movements and hints she places when she appears. She has a goal, a desire and Tior would seem to be the one she needs to have what she wants. There are points at which Dracona seems to be something more, hanging on the edge of not being stereotypical, but she’s fleetingly in the work which makes that telling seem lacking. It’s a shame that more time wasn’t spent with her and what she brings to pass as I really wanted to know more about her.

Well written, there’s nothing that really takes one out of the story. Again I wold have liked more focus on Dracona’s past, something more told about things from her perspective would have been interesting. Perhaps that’s the one part of this work that suffers as a result.

I liked the overall story and the characters. How things unfold is a bit expected overall, but considering the fantasy world this is set in, that did have to be. I really would have liked to see something from Dracona’s perspective, perhaps as an epilogue of sorts. Considering her nature and desires, that might have brought something more to her character than how she was portrayed in the end.