Succubi Image of the Week 748 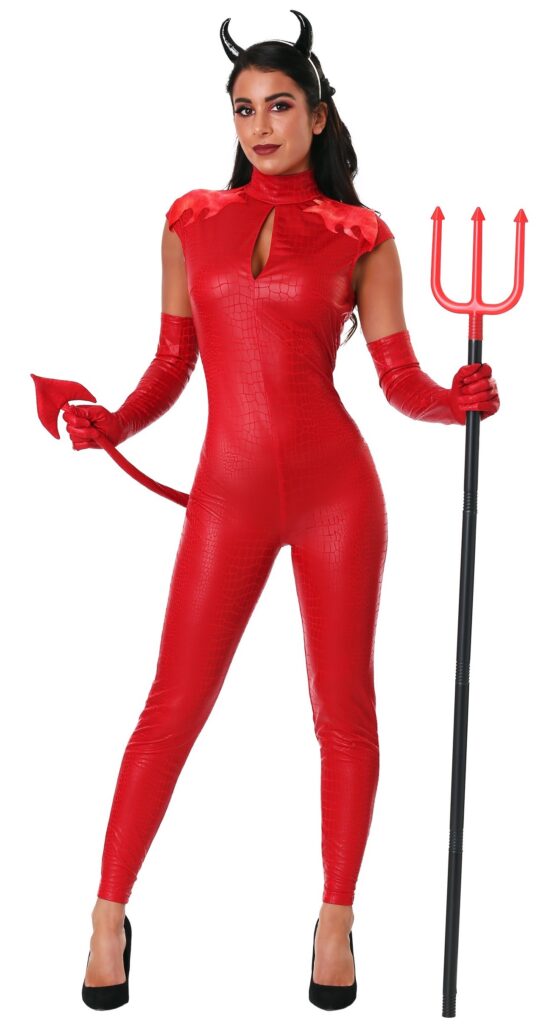 There are, surprisingly, the occasional costume that I don’t completely dislike. It doesn’t have to be perfect, but there needs to be something that’s appealing in some way at least. That can be something very simple but then it doesn’t take much to take it away again.

This is the Womens Devious Devil Costume and it comes with the jumpsuit, which has an attached tail, horns and the gloves the model is wearing. The pitchfork, thankfully, is not included and it sells for $60 US. Adding the pitchfork pushes this costume to about $77 US.

I don’t care for the pitchfork as usual, the horns aren’t anything special as well. The tail I actually like, considering it’s close to one of my favourites. As for the jumpsuit, it’s… nice. That’s not necessarily a good thing mind you, it is somewhat vanilla a look after all.

Overall, if you could find the tail alone, and a pair of horns that match, a really nice red dress and heels would go further than this is. But it’s trying which is more than can be said for a lot of other costumes.

Still wouldn’t buy it, but it’s at least trying…