Succubi Image of the Week 741

A Review of Incubastard by Charity B 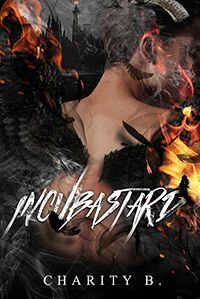 In the telling of a story there comes a point where the main characters reality might not be their truth. There’s a question about themselves needing to be answered, a hidden thought to be brought to the fore.

Where that takes the character, what the meaning is, makes or breaks the story. It isn’t enough to shake the foundations of their belief. There must be a point to why things are and how they came to be otherwise the story lacks something important.

Mishka: Angels, demons… the afterlife.I’d always thought they were bull****. Until all my misguided beliefs were proven wrong by an infuriating, flippant a**hole with horns who has no concept of boundaries. Summoning him was never the plan, especially since I’m not willing to do what it takes to send him back. If I’ve learned anything from Loch, it’s that preconceived ideas are usually false, and the truth is much messier than fables. The theory of good and evil is flawed. Nothing is that simple.

Loch: The only side of human nature I’ve ever encountered is vile and perverse, depraved and cruel. However, Mishka’s none of those things. She’s an insufferable, snarky creature who makes me question everything I know about myself. The longer I’m with her in this world, the less desperate I am to return to mine, which is absurd. I am son of Asmodeus. A prince spawned from lust to torment the damned. The mortal realm is not where I belong.

Mishka has a problem and it’s the self-centred incubus she summoned calling himself Loch. If she’d known better there would be no way that he’d be darkening her door. But there’s something about him that eggs her on and angering a demon might not be the best of ideas. As for Loch, she’s not the worst human he’s ever encountered, even if he doesn’t want to be there. It could well be the perfect match, if they are very lucky.

The work is a complex mixture of myth, passion and discovery that works quite well in telling the story. There are moments of passion, loss and, more often than not, disbelief that the characters must deal with and find their path through. The universe building is very well done, the details matter and it tends to draw one into the story and hold your attention, which is very important for how often the story creates questions.

The incubus of the work, Loch, is delightfully fun to watch as the story gains traction from his appearance and what Mishka’s personality does to him, and for that matter to her. He’s not stereotypical in his nature, which is done really well. It does take some time for the story to get past the conflict and into the passion, but it’s well worth that struggle.

The writing is very well done, the character voices are strong and clear. A delightfully complex story in many ways, the characters are fully realized as well. It is a bit jarring at times to reconcile some of the words of an otherworldly nature which describe the other worlds, but they do add a certain tone and flavour which is interesting.

How the work ends feels right, though there’s a clear path towards something more that should be told. There might never be a follow-on story, which would be a shame, but the uniqueness is wonderful.