Succubi Image of the Week 737

A Review of The Sixth Witch by Janet Graceland 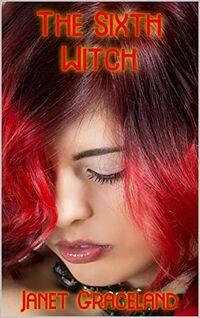 The Sixth Witch by Janet Graceland

Succubi can be found in many stories to be something of a driving force in the transformation of others. It makes sense they are, the appearance of magic does need a conduit after all. But having a character look like a succubus isn’t really enough.

There should be purpose to the succubus being present, they should have more meaning than just being in the work and going through the motions of transforming and guiding others. Like all of the characters in a story, there should be meaning to their existence after all.

Nineteen-year-old Justin is concerned about his girlfriend, Rebecca. For the last several weeks, she has left the house at odd times of the day and night. Because she refuses to tell him where she is going, Justin decides to follow her.
He soon discovers the truth: that Rebecca is a member in a coven of witches. All of the witches, including Rebecca, have been given the bodies of voluptuous bimbos to transform into to have sex with each other. He learns that sex fuels the coven’s magic. Faced with either a mind erasing spell or the chance to become like them, he decides to join the coven
Justin soon finds himself on a wild ride of sex and lust, and a journey that thrusts him into a destiny that not even he could have dreamed about.

Justin believes there’s something going on with his girlfriend, but discovering she and her friends are witches is more than he expected. Things become more wild when Justin is drawn into the world of witchcraft and becomes one himself.

As part of the transformation that Justin goes through to become Jasmine, a succubus called Two appears to guide her through the new life Jasmine faces. Two is physically a succubus and is described as being one, but she really isn’t very much of a succubus. Her role is more of a talisman, a guide and perhaps a bit of a refection of Jasmine herself.

The erotica has very little heat, which mainly comes from the dialogue of the characters which reads somewhat flat and monotone at times. There’s also an odd inflection in the words that just takes the heat out of things too. Beyond that, the fetish themes, such as inflation, just didn’t do much for me overall. Again this is, at its core, a gender transformation story, not a succubus one and that’s very clear from the focus of the erotica.

The work needs another editing pass, both for adding more life to the dialogue and to clean up a scattering of various word errors that caused me to be dropped out of the work at many times.

It’s a bit of a shame as other works by this author that I have reviewed are far better and more enjoyable overall. It’s likely one of the weaker stories, it’s not all that much a story about a succubus too. Perhaps telling more of a story beyond how things came to be and delving into the coven itself could have added something more too.

It’s far more a gender transformation story with a lot of odd fetishes than a succubus one. Yes there is a succubus, but she really doesn’t act like one which makes her a bit less so. A bit uneven, a bit lacking in emotion, there’s something here to expand on, but otherwise it’s barely a story about a succubus.