A Review of What Fresh Hell Is This?! by Nick James

Succubi Image of the Week 735

This cannot be called a pitchfork 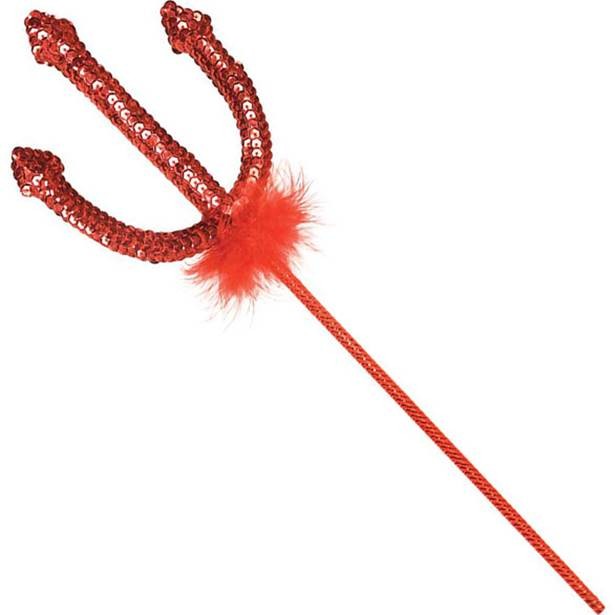 I’ve complained about many, many lousy pitchforks here on the Tale. While I realize that it’s more a question of what costume manufacturers are willing to pay, and what most might willing to carry, they still look tacky and cheap.

This particular example is called the Devil Sequin Trident, what you see it what you get, it’s about a foot in length and it’s so very tacky obviously. It sells for roughly $12 US and I won’t be making comments about paying for a pitchfork at a dollar an inch.

Though I very well could.

It’s supposed to be, I know, a cute little accessory to buy as an add-on but the feathers and the overall look tip the tacky meter quite heavily.

I’ll admit that I am comparing this… thing… to my silver pitchforks that are well over six feet long, are made of polished metal and look regal. That’s a contest that this disaster cannot win.

Even comparing it to a random sampling of other trashy pitchforks, this falls to the lower side of things too.