Succubi Image of the Week 733

A Review of Only In My Dreams by Clit Club 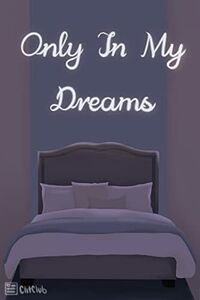 Only In My Dreams by Clit Club

The thing about short stories, regardless of they having succubi or incubi in them, is they are simply too short. It’s s very difficult to tell a story fully, to explore the world, characters and most of all, why things are.

Perhaps a tease is something to think about, but would it not be a good idea to fully tell a story than to leave it hanging unfinished?

A young museum curator finds her life satisfying, with the exception of romance. She can’t seem to find a partner that can meet her needs. That is, until she begins receiving nightly visits in her dreams from an ancient incubus.
Their torrid ‘affair’ begins to take its toll on her waking life, but she is reluctant to give it up entirely.
Will the spell of the incubus hold her steady and firm, or will her grasp on reality slip away entirely…

Phoebe has a lover, but he appears only in her dreams. But the dreams are so very real and their desires are never-ending. A discovery unexpected brings both temptation and seeming loss. But in the end, perhaps love will conquer anything.

The work tells an interesting story from Phoebe’s perspective that is captivating, but also so very lost and needful. It’s that emotion that pulls the story along, gives Phoebe life but also casts her into some bitter moments of ache. Her development over the story is well done, but there’s pieces missing along the way it seems, one of the largest being the incubus of the work, Alam.

Alam is something of a mystery or enigma within the story. There are aspects of him that are wonderfully touching and passionate, and then there are the moments when it seems like another Alam exists or is brought to the fore by Phoebe. His passions are delightful, his needs and desires are well told and I enjoyed the passion most of all.

The erotica is a simmering hot flash, but there’s not enough time to build the heat. The work offers a lot to be told, but it’s too fast, too scattered and a bit lost which means that there’s a lot of story that wasn’t told.

How things end with Phoebe and Alam is a mystery, heart-breaking and at the same time holds hope. I dearly wish the author would have expanded the story, shown what comes next for them both. Perhaps that will come, perhaps it won’t, but as things are there’s just something missing when the story came to a close and it’s a shame.

A lovely story with some quirks that really needed to be explored. There’s a lot of the story that hints at something more, but never goes into exploring those possibilities well.