What Matters by TeraS

This costume isn’t quite Devilicious

A Review of Sex Stories for Adults: Incubus by Mariano Flynn 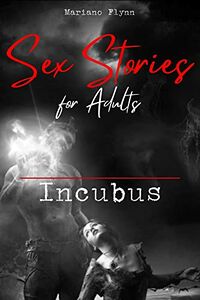 Incubi and succubi are beings of myth and legend, but they also are connected to a rather unique form of waking sleep or similar described things.

There’s not many works that tend to explore that aspect of things and this time a review of a work in which it’s touched upon in an interesting way.

What if I told you that sometimes dreams can be very real? Rylie is recently separated from her husband … she is a woman who lives alone and has a normal job. She has not been able to sleep for a few nights, she wakes up startled because a presence appears in her dreams.

Rylie is suffering from a lack of sleep and the cause isn’t something you might expect. There’s a presence that comes to her in the middle of the night which she cannot escape, or really wants to. But there is a price to pay with the pleasures offered and Rylie will be paying over and over again.

The work is a mixture of erotica and self-examination with a bit of psychological themes that offers quite a lot in the telling as a whole. It’s involving, Rylie is an interesting character, and there’s a cost to what happens that feels right with all that she goes through at the incubus’ hands.

The incubus, who is never named, is more a force of nature or a whisper that exists on the edge of consciousness. They are very single minded and there’s really not much told about them as a whole. That does make for an air of mystery around them that worked well. But they are seemingly slightly stereotypical in their nature which then brings the problem that Rylie suffers.

The work flows well, Rylie tells a gripping story about herself and what she faces in the real world and what the incubus presses upon her. It’s a bit sad overall, there are a few moments when the story seems forced, but that I think is mostly due to the mental suffering that Rylie undergoes. It’s a telling thing and while not something fatal, which I was glad to see, it’s nonetheless harsh and occasionally brutal. That doesn’t mean the story tells a bad story, it doesn’t. It’s more of a wish for a bit of light in all that she dealt with.

There is an incubus in the story, but they aren’t really part of the story for the most part. That said the work ends on a bittersweet note and I find myself wanting to see what came next for Rylie. There’s a piece of the story missing which I think would be good to explore further. Perhaps the incubus has gained something and returns to her. It’s an interesting thought with all that happened.