Being Fulfilled by TeraS

A Review of The Incubus by Lily Jennings 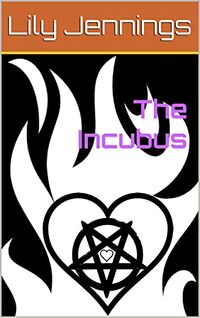 The Incubus by Lily Jennings

A story without hope is, most of the time, not that appealing. A sliver of light, a chance for something better can make the difference for the characters in the story and usually does.

A work then about a soul lost, an incubus found, and the possibility of something better for them both.

James has hit a dead end in his life, but can the spell he found in this old book be the solution to his problems? Certainly it will be a memorable experience for him and for you!

James wishes for something better than the existence he has, and casting a spell might, or might not, bring something to pass. But when the spell brings an incubus to him, and an offer is made, will it make things better?

It is rather short, barely a pamphlet, and really I think there’s a lot more that could be done to expand the story, flesh out James and the incubus more as well. So many questions left unanswered and given the tone and the personalities it would be something to see.

The work ends on a hopeful note and honestly a follow on work would be a really good idea or at least add to this story, tell more of what comes next. It’s good to have hope in any story and really that’s the single thing that appealed the most here. There’s something more James can be, I’d like to see what that becomes.