Succubi Image of the Week 724

Tis the day of Christmas

A Review of Succubus Dreams by T.S. Lee 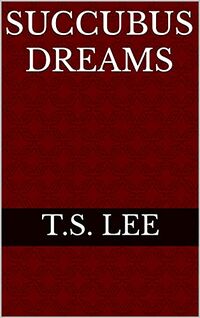 The thing about short stories is that character development and personality tend to be set aside for the sake of getting to the erotica.

It’s a shame really because sometimes there’s a character who offers a lot of possibilities, but they just never get the chance to show who they are beyond the sex.

Two stories features the naughty succubus Sakura as she encounters dangerous men and monsters that only want one thing from her, which is good, because she wants that too.

Sakura is a naughty and powerful succubus who, from time to time, must deal with those that wish to claim her, or control her. But never underestimate the power of a succubus when her needs are not met.

The work is a pair of short hot flashes which tell of Sakura’s encounters with the unwise and unwary which are thoughtful ideas. But they are in search of meaning and overall there’s not a lot of that to be found. The story offers some idea of what’s going on, but then moves into the erotica before really going anywhere with it.

Sakura isn’t a stereotypical succubus, but she is somewhat naughty, not being quite completely evil. While her sexual needs are told and there is some idea of her power from what she does otherwise. there’s just something missing.

The work needs a lot of editing in the storytelling, but more so in the dialogue. It’s lacking needed emotion and style that would give the words meaning. Sakura is interesting, but there’s so little told about her. It’s a shame because of the hints and ideas that are offered. It would have been nice to see more of them.

It feels like there’s more to the stories and more to Sakura herself. The work needs more focus and more clarity in thought and story. Beyond that, telling more about Sakura and how she came to be where she is would have been a good addition.