A Review of Summoning The Sapphic Succubus by A.S. Harper

Something of a different short film this time on the Tale. There’s not a word spoken, the story rests upon the images and actions that appear. It’s something to consider when one thinks about what a succubus is portrayed as…

If you cannot see this film on the Tale, and it’s likely you can’t as it is age-restricted by YouTube, please try this link.

As always, in case the film vanishes, here’s a screenshot in the midst of the story as well. 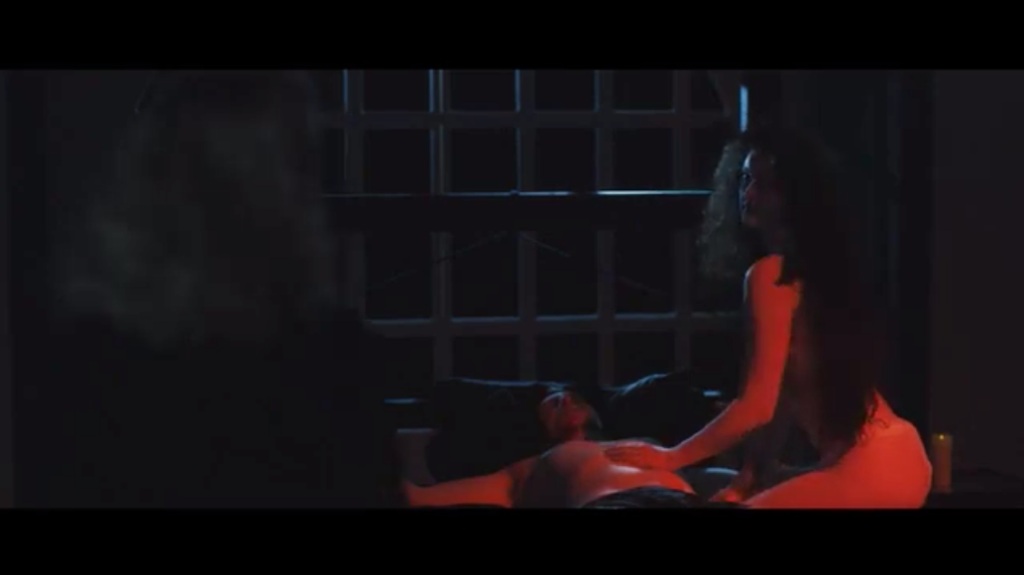 The work feels very emotionally draining, the relationship between the main characters seems strained from the beginning. Having no dialogue makes the visual aspects of the film more striking and presses one to focus on them. Dialogue I think would have taken away the nuances of the film overall.

It is a bit disjointed at times, but that added to the overall mood and direction of the work. Once the succubus appears, she brings with her a number of questions, not least of which being how she comes into the work. There’s a good hint in that, which artistically I think was inspired.

An interesting story overall, perhaps more imagery than story much of the time. Nonetheless it leaves something to think about once the story concludes.