Act Together by TeraS

It’s not tempting as a costume 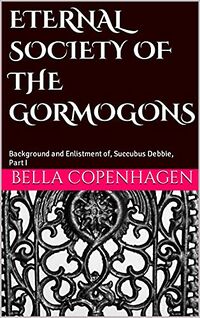 Background and Enlistment of Succubus Debbie – Part I by Bella Copenhagen

It seems to be more common now that books place the word succubus in the title, or elsewhere and then there’s a problem.

Either there isn’t a succubus, or it’s only an idea, or they aren’t there. It’s disappointing to say the least.

Follow an ancient organization as it fights to undermine the influence of a much larger organization. The story follows an ESG agent starting with his interview and recruitment of a succubus, who was forced to start a new life after her dealings with a leader of the adversaries. Her experience has given her knowledge of a mystical craft practiced by their adversaries.

A short telling of a life being manipulated and what comes from that.

The work is very short and there’s really not all that much interesting in the story itself. There are some ideas, but they don’t really go anywhere. The real problem however is I’m not sure where there is a succubus in the story so far. It’s entirely possible that there isn’t but the story so far doesn’t give a clue. Being a pamphlet in length doesn’t help either. Perhaps there will be something in the next part, if there is one.

The work needs to be edited, it needs the story to be expanded, and most of all, there needs to be some sort of clear point where there is a succubus, or there isn’t. At the moment, the work is just a train of thought and not a lot more.

Really nothing here so far, perhaps there will be. If so, then perhaps that will come back to explain just what the beginning of the work was trying to say.