Succubi Image of the Week 713

A Review of The Succubus’ Submissive by Janet Graceland 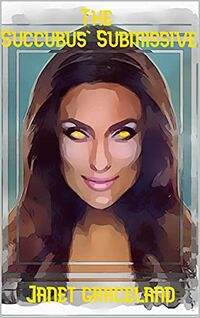 The Succubus’ Submissive by Janet Graceland

Gender transformations happen quite a lot in succubi stories. But at the same time there are other types of transformations that can, and do, appear. The thing is, transformation for the sake of it doesn’t really tell a good story. It’s when the transformation leads into something more that I think it’s interesting.

Still, transformation alone needs to lead towards something more story wise. Perhaps giving the main character a new purpose is a start, but more so when the character who drives the story onwards is given something in return they didn’t expect.

Twenty-one-year-old Samuel is in need of a job. With only a month’s worth of rent in his bank account remaining, he needs to discover a solution fast. When he sees an advertisement for help wanted at Club Fallen, a night club that hosts the city’s wealthiest clients, he jumps at the opportunity.
He then meets Rehl, the owner of Club Fallen, who he soon learns is a succubus who desires to help those in need with a twist of her own. Bringing to life Samuel’s darkest desires, Rehl transforms him into Seraphina, a bubbly bimbo who is eager to please her mistress.
With this new identity and personality, Samuel discovers that he is excited to discover the limits of his new body. Under Rehl’s guidance, he participates in a series of whacky and wild adventures of lustful cravings.

Samuel is at the end of his rope, but an offer of a new job leads to something he has always wanted. Being the submissive to a succubus is a delight and Seraphina does want to please her mistress after all.

The succubus of the work, Rehl, is described as being the last succubus in existence, but why that is really isn’t gone into too deeply. She is however a wonderful character, not at all stereotypical and her views are quite telling about her. There’s a lovely playfulness in her character which meshes well with Seraphina and creates a relationship that I enjoyed seeing unfold.

An interesting story of various transformations, I just would have liked more about Rehl, her past, and how things came to be.