Succubi Image of the Week 708

A Review of I am Sister by Doniyen Bom 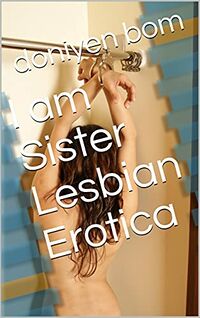 I am Sister by Doniyen Bom

There are a number of stories that revolve around the mythos of Lilith and then take things towards another direction. That can be rather interesting, occasionally thought provoking as well. But sometimes the concept gets a bit lost along the way and one is left to wonder.

Perhaps the most difficult thing is when there’s a bit of a language barrier between the author’s thoughts and the words on the page. But even so, sometimes the story still manages to be.

Lilith went through her garden, collecting the herbs and flowers she needed to make her spells. She tied them up to dry in her kitchen. Her tiny home was located out in the country where she was free to do as she pleased. She tended her chickens and pigs, before heading indoors for the night. She had cleared Samuel’s room, readying it for a new apprentice if the coven requested her to take another. She screwed up big with her last, he hadn’t used a barrier, big no-no when summoning demons. Her thought kept returning to that night and the sex. It was a rape, she corrected her mind. Scowling she stomped through her home with her burning sage to clean the wickedness away. She dressed for bed and had a restless night, tossing and turning over dreams of an incubus named Xazel.

Lilith summoned an incubus once and now finds that both of them are caught in a trap from which there’s little chance of escape. The devil will have what he desires, the question however is if Lilith will allow that to happen or not.

The work is interesting in its plot and overall story idea. There’s a lot going on through the story, at times the events go in tangents that just seem off. Beyond that however, Lilith’s journey does amount to something once the story is done.

While there’s good in the work, the problem is that the story reads oddly, not quite managing to open the story and characters to fully explore themselves. It really needs an editing pass to clean up the dialogue and narrative.

It’s a shame because the story has its moments, the places where things are really quite well done. But then are the other moments when the story just loses itself and becomes scattered and unsure of where it wants to be.

The singular thing that is needed comes to reediting the work into something more cohesive. That would make this a far better read and in doing so I think the story would come out better than it does otherwise.