So close and yet not quite the costume it should be

A Review of Succubus Sucked by Samantha Clemmons 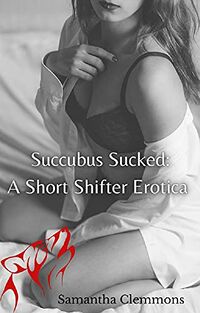 What happens when an Alpha claims a Succubus as a mate?

A shifter awakes to find his succubus mate waiting for him, their passions and natures coming to the fore.

This work is best described as the opening to a larger story than anything else. It’s not a complete story, it doesn’t tell of the characters names, nor anything really about them other than one being a shifter and the other a succubus.

It does act as an opening, an idea and thought, to play upon. There is heat in the telling, which offers something like a very short hot flash. The work is told from the male’s perspective, which means the succubus really doesn’t do much other than give into their sexual needs.

While I understand from the author’s notes that this is supposed to be, more than anything else, an idea for couples to use in their roleplaying, I think there’s a bit more here. The author might be well served to use this opening as the beginning of a larger work and tell that story. How things end is interesting and it works well as a hook for more storytelling.

Being such a short work, there’s not a lot of character development or story beyond the encounter. Again that’s a shame, there’s something here that could be far better given a chance to be so.

A thought, the whisperings of a muse more than anything else. Still it is interesting in the set up and the place it ends. It would be nice if it was more than it is.