Succubi Image of the Week 705

An amusing review of Midnight Castle Succubus by Retired Channel

A Review of Forbidden Dreams by River Moore 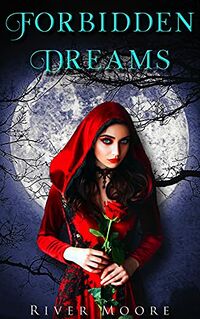 A review today of a new series in which the main character is a succubus, but not quite what you might expect her to be. Sex alone does not a succubus make, there’s other things that can either occupy their time or drive them onward.

Perhaps it’s less a question of why then it is how to come to terms with the world around them. Of course, the fact that the main character likes donuts as much as sex just bemuses me.

What do you get when you mix an impending apocalypse, mouthwatering immortal males, and a hungry succubus with a penchant for donuts? A jaw dropping, heart racing, paranormal romance that will leave you breathless and cleaning the steam from your windows. Thats right. I’m Rixterra Velos, Lady Rix to my prey. I thought I had found my purpose in life, but fate had other ideas. Smoke Show is the hottest nightclub in Tulsa, and an all out buffet for my kind. I had it made there, luring and feeding to my heart’s content. Then it all changed.
Now I’ve been thrust into a mission I never wanted. Never asked for. But when the big bad comes out and the world is in need of a hero… Ok, I’m sure a demoness wasn’t the first choice, but here we are! Delve into my story. Laugh with me. Get feisty in my world. Just make sure you hit up your local bakery first. You’ll regret it if you don’t.

Rixterra, better known as Lady Rix, loves sex, feeding on mortals and, most importantly, the value of a good donut. But the fun has to stop sometime and when that involves a situation that is well over her head, there’s no real choice other than to face the problem head on. And if her partners are delicious eye candy, all the better.

The work is a mixture of erotica, adventure and a mystery which works well. The plot has depth, the setting is fleshed out, and the characters have strong personalities regardless of them being major or minor in their roles. There’s a lot of good here and the pacing allows for reflection at the right moments and crashes onward when it needs to.

The succubus of the work, Rixterra, is delightfully fun. Her snark is biting and just endears her more as the story reveals itself. She’s not evil as such, which I liked, and the fact that she actually gives a damn about others is telling about who she is. While other succubi and incubi appear, they tend to be a bit too focused on sex and while those scenes are hot, they don’t really give them the same presence that Rixterra has.

The heat in the erotica is good, there’s nothing too over the top or odd about it. I’d have liked Rixterra to be more involved in those around her rather than the focus she has. Despite that, the heat that brews is overall perfect for her.

Narration and dialogue is very good, there is very little that feels wrong or out of place. Rixterra’s voice is a bit muted in some parts of the story and I wonder if it wouldn’t be a good idea to get further into who she is than what has been revealed.

I like the complexity of the plot, Roxterra is a wonderful succubus character and there’s a lot of promise overall. I do wonder about some aspects of her, and what she might be hiding. Being something more than a succubus means something to her, and hopefully there’s a way forward for that idea in the series as well.