Act Upon Them by TeraS

There are better tails than this by far…

A Review of Succubus: The Devil’s Daughter by Nancy Torres 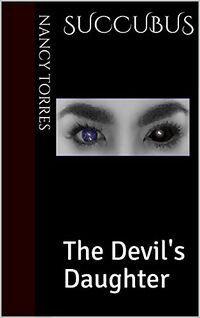 In many series succubi are seen as “being just succubi” and that’s actually an interesting place to start a story. While many beings in a story may flaunt their power or are loud and overwhelming, many a succubus will simply work their plans behind the scenes.

Then there are those succubi that are far more than others realize and it’s that possibility that can create interesting stories. A review then of the first work in a new series where the main character is a succubus and is more than she’s given credit for.

This series contains fantasy, sexual activity, action, swearing and many supernatural events however, amplified with the writer’s imagination.

A note before the review, the author really needs to issue a better summary than the one that appears currently. There’s really nothing to tell of the plot and it’s just not giving any real information.

The thing about a succubus living on Earth is that it’s not as easy, or as much fun, as Luna would like it to be. Still, it’s better than hell, which is saying something. But there’s always a stick in the mud and a pain in the ass and when that’s pulling on Luna’s life, someone’s going to pay.

The story is very much a mystery wrapped inside of a massive conflict which draws the characters in and forces them to make what are possibly not the best choices. Luna and the other demonic beings sometimes border on being aloof and disconnected from the reality around them. Part of that comes from the plot, but it feels forced at times and perhaps that could be set aside at some points.

Luna, the succubus of the work, is an interesting character, much of who she is remains murky and indistinct, but that’s necessary for the plot and the events that unfold. The hints of what she can do and who she is are tantalizing and offer a lot to develop. There are times when she edges on being unlikable, mostly to her needs as a succubus, but that’s meant to drive the plot.

There’s a lot of promise here, and I’m looking forward to the series and where it takes Luna. The work could use one more editing pass however. The narration is a bit uneven, the dialogue seems a bit off and lacking emotion from time to time. That said, the characters are interesting and seeing how Luna develops will be fun.

Overall an interesting story with a lot of paths to take the series on going forward. I think that the author will find their footing as they become more comfortable with their characters and what they represent. Luna especially interests me and I hope she becomes more than she has revealed herself to be so far.