Be In On The Act by TeraS

It’s not a costume, it’s a mistake

A Review of My Crush is an Incubus! by Thorn and Nin 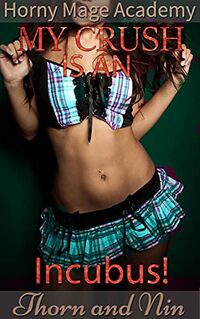 My Crush is an Incubus! by Thorn and Nin

Now up to twenty stories, and not having been given a succubus or incubus themed work for some time, it’s time for a review. Stereotypes are not indicative of who a character is, for they make their own path and walk it.

Melony hated Incubi. They were monsters, always preying on the weak. They overwhelmed their target with pleasure, then devoured their energy until they couldn’t resist. They were powerful, sexy magical creatures that were a woman’s worst enemy… and her best friend was one of them. He was different, she knew. He controlled himself, was kind and polite to all, and never treated her badly. She wanted to be more than friends with him, but could she overcome her fear of his kind to do it?

Melony’s past brings with it a fear of what incubi can do. But her friend Philip isn’t anything like them. The problem is, Philip has a secret of his own and it may end more than a friendship.

This is one of the cutest works in the series by far. Melony is fun and adventurous in spite of herself. Philip is an honourable incubus, a good friend to Melony and he’s unique in many ways. While he is an incubus, his character and relationship is well told and makes this work more than just a simple piece of erotica with a story on the edges.

The erotica has a good deal of heat, it’s not over the top and does serve to move the story forwards. As such there’s the needs and wants of both characters explored which added a lot to the story. There are a couple of odd points, but they didn’t take away from the work as a whole. While part of a series, it’s not really necessary to read the other works as this story stands on its own very well.

A fun fantasy erotica work with good heat and an interesting plot to unfold. Philip is a unique incubus and if there more to see of them both, I’d like to see something more of the succubi in this series as they really haven’t appeared much. 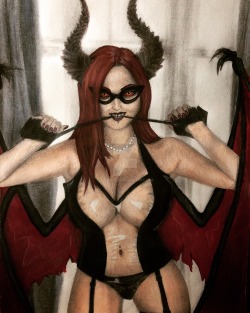