Be In On The Act by TeraS

A Review of The Succubi’s Apprentice by Alana Church 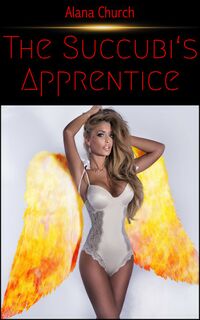 The Succubi’s Apprentice by Alana Church

Life, they say, is a learning experience. It’s held that we need to learn from our mistakes and, given the chance, that will be. The question that needs to be considered however is what it all means and what you can do to make things better.

Morgan is a succubus, the first new one in centuries. But she has to learn how to protect herself. Who could possibly be a better teacher than sexy, exotic Althea, one of the oldest succubi of all? Can Morgan and her twin cousins, John and Jasmine, learn to fit into Altheas’s household? And what will happen when Althea and Morgan have to take on one of the evil demon spawn?

The universe is full of surprises and not even the Succubi can see what the future holds. The appearance of Morgan, the first succubus in ages is a momental moment in many ways. But she needs to learn about herself and there’s no question that Althea can show her the way. But she’s never alone and when one a demon appears and they need to deal with it, there’s always help waiting for a call.

The work connects several other stories and series by this author in themes, plots and having characters appear throughout the story. It’s well written, delightfully fun at times and so very serious at others. The erotica has lovely heat, the story flows well and it’s a delight from beginning to end.

I adore Althea, I have from her first appearance and as the stories in this universe have been told, she’s grown and changed, becoming a delightful succubus character that I adore. It’s wonderful to see where she is now, how she acts with Morgan, and in the telling of the story comes a lot that brings about the filling in of more of her story.

Morgan is wonderfully lost at the beginning of the story and as things unfold she’s a bit less so, a bit more focused and becomes more sure in herself from her first appearance as well. There’s a lot of promise in her character and seeing how Althea adores her, regardless of her moods, just makes me smile.

There’s the appearance of an incubus, Devin. for the first time and he’s just amazing in his personality, but more so in how he isn’t afraid to speak his mind and do what’s right. I’d really like to see more of him, to see behind the incubus and what drives him on. That really interests me about him.

There’s also the appearance of a certain ebon maned succubus sister of Althea named Tera, who is every bit as bemused, naughty and occasionally sarcastic as her namesake. She’s every bit what she should be, and her being described as Snow White’s sexy older sister still gives me a giggling fit for which I am delighted.

A fun and wonderfully told story that is just amazing. Nothing feels out of place with the characters, the story is told well. The heat in the erotica is right. When the story has to be serious, it is, but that doesn’t take away from the fun and delight in the telling.

I really hope Morgan’s story continues, there’s a lot to develop in her. At the same time there really isn’t enough Althea ever. This story universe just continues to expand and become more with every tale.

A little thank you note here for Alana in letting “me” appear in her stories about succubi on the edges. To say that I am bemused can’t really say how wonderful my appearance was to see. 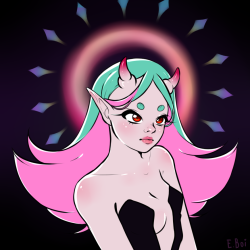