Act of Contrition by TeraS 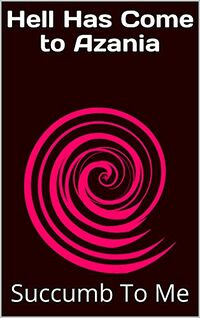 Hell Has Come to Azania by Succumb To Me

Sword and sorcery is a very common theme where succubi appear. That is expected of course, but then comes the problem of dealing with the trap of having them be stereotypical, uninteresting and, as a whole, kind of boring.

Really it’s the character themselves and how they make the world turn around them that can make the difference. A review of a work in which things start well, but then they just come to a stop.

Fvelt captains an army in the midst of ongoing troubles in his land. An unexpected event brings a stranger into his camp, seemingly in distress. But the beauty of Alyessa cloaks the evil of a succubus and she will have what she wants and he desires.

The story reads very much like it’s set in a D&D universe, the characters are somewhat stereotypical in their roles and actions as a result. The hero acts as a hero, the villain is very much a villian in many ways. There is a lot going on in the background as well which is talked about, but it has little relevance to the actual encounter that happens.

Setting that aside, the main part of the work comes when Alyessa reveals herself and then commits herself to her seduction and then what follows is a really well told succubus attack and their prey succumbing to them. There’s a good deal of heat, the slow falling to Alyessa is told really well and I enjoyed the aspects of her evil as things came to pass.

The work however ends too abruptly and it feels like there is something to follow in a series or that the entire work wasn’t uploaded. Either way the ending leaves Alyessa gloating and she teases what we will do next. It’s a shame the story didn’t get to that, didn’t have more succubi appear and didn’t really take the heat of the erotica and the mind control aspects to a better close.

The story is far too short, and it reads like the opening of a larger work but it just comes to a screeching halt. Alyessa and the entire world is interesting, but setting all of this up and then going nowhere is a bit bothersome. Perhaps there will be more, which would be nice. Perhaps there won’t and that would be a shame.