Succubi Image of the Week 697

A Review of Supernatural Seduction by C. C. Rockwell 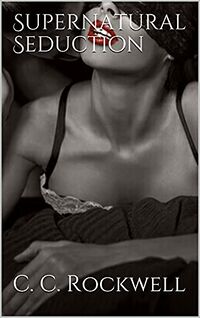 It’s not often that a work comes to my attention in which there’s humor, heat and really some fascinating characters.

A work then this time which has a lot going for it, but at the same time, there’s something missing that’s needed, some focus.

The work is a series of hot flashes tied together with far too short and somewhat unfocused connective storylines. The succubus of the story, Rachel and her husband/mate/incubus Raoul, are delightful and not at all stereotypical which I adored. While they both tended to be more focused on nibbling on the sexual desires of others, among other things, there were hints of a larger story about them that didn’t quite appear.

That said, what was revealed about their characters, their powers, wants and needs was something really unique and I was captivated by who they were, the erotica being the icing on the cake.

I honestly want a second work to tie things up and I don’t mean the characters themselves either. There’s so many points along the way that offer a teasing glimpse of Rachel and Raoul but they don’t pay off in the end. That’s honestly the most disappointing part of the work. If the author had perhaps expanded on things beyond the erotica, that would have created something that much more special storywise.

That’s the one real issue with this work overall. It’s fun, there’s good heat, and the characters are delightful. But there’s just so many odd things that Rachel and Raoul do that don’t make sense without context. This would have been so much better and wonderful with a bit more why things are than how they happen.

It is fun, that’s without question. But honestly telling more about Rachel and Raoul is the missing part. I hope the author will continue the story, reveal their secrets and, perhaps, give both characters the chance to be everything they should be.