A short YouTube playthrough of High School Of Succubus

Remember Me by TeraS

A Review of Snow Print by Ellen Mint 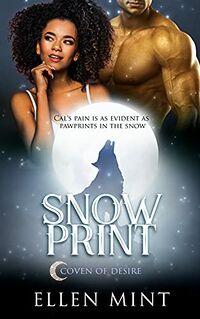 Not every character in a story can be likeable. There are some who, in order to drive the story onward, have to be bothersome, or irritating or in some way simply unlikable.

There are reasons for this, of course, but at some point the snark can become distracting to the story itself and it really never should be. One character alone should never take away from the story to the expense of causing a reader to lose their way.

After the death of his brother all Cal wants to feel is nothing. But between his witch girlfriend and her live-in incubus, he doesn’t have much choice. While on a run through the forest he comes across Layla being attacked by a snowman army. Life is anything but boring with her beside him. Cal would change damn near everything in his life except for Layla, give or take Ink.

Cal is mourning the loss of his brother while being the wolfen protector of his love Layla. But there’s a thorn in his side, an incubus by the name of Ink who causes no end of issues for him. Spite is a dangerous thing, but the love of another can be far more so.

That said, there is a problem within the pages and his name is Ink. Ink is, sadly, simply a character that did nothing for me and didn’t really do a thing to make the story better. Being an aloof character with what seem to be no redeeming features at all doesn’t make for good reading for me. He tended to poke himself into moments between Cal and Layla, take over the focus of the story and then just drop out of things again.

Overall, he’s a distraction and not, at least to me, a good one. That’s not to say he’s not a good character overall however. He has a goal and is willing to do whatever he needs to in order to get what he wants. His incubus nature pushes him however towards being stereotypically single minded and that really bothered me. Given what he is, given the theme of the story, pressing on the other characters over and over to create friction just put me off when he was in the work and that really bothers me.

The work is well told, the story flows well overall and I did like how things came to a close. Given that I haven’t read the other works in this collection as yet, my view of Ink might be a bit out of sorts. There is a work where he is the main character, more or less, and I think I’ll have to read that one to see if my dislike of him remains or if there is something redeeming about him.

While not a work about an incubus at its core, the story is fun, having both heat and action to be told. Perhaps the confrontations between the characters, especially Ink and Cal, need to be toned down a bit, or at least allow Cal and Layla to have a moment to themselves. These are, of course, minor things and a matter of opinion, but I dearly would have enjoyed things a bit more with a bit less of Ink.