Succubi Image of the Week 695

A short YouTube playthrough of High School Of Succubus

A Review of The Incubus’ Steamy Revenge by Anna Schuyler 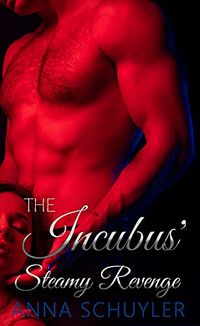 Relationships are never an easy thing. It’s more of a problem when words can’t be said, emotions are misinterpreted, and when it really matters., fear of what might be is more important than what reality is.

That can make for the core of a complicated story, but at the same time, it also gives a change for the characters to become more than they are at first glance.

Have you ever made a mistake you couldn’t forgive yourself for? That’s how I felt when I first saw the stranger who’d been fulfilling my every desire take his mask off to reveal my ex-boyfriend. I was filled with regret and remorse, knowing the pleasure I was currently feeling could have been mine forever.
However, maybe there’s still a bit of hope. He tells me he’s come to get revenge. That’s right, if I just try hard enough, if I let him get out all his anger by sensually ravaging my body, maybe we’ll still stand a chance. The fact that he tells me he’s an incubus only slightly complicates matters…

It’s not the best thing to have your heart broken and Lydia is very aware of what’s happened. Finding Vincent, being enthralled by him and then the connection she thought was there, wasn’t, tore her apart. But the universe works in mysterious ways and Vincent’s truth will drive the both to discover just how wrapped in themselves they are.

Overall the story works well, the path both characters take from where things start to how things end feels right and makes sense from their perspective. There is a very strong BDSM tone to the erotica which at least for me ran hot and cold and everywhere in between. I did think that the beginning of the work felt somewhat lost, but that is more a result of Lydia’s mind set and where the story takes her. There’s a strong undercurrent of loss and self loathing that I didn’t like very much, again this is meant to drive Lydia forwards to the climax of the story. Once past setting up the story and moving things towards the confrontation between them, things became more focused on each character’s needs.

But the time spent in what is, at its core, a somewhat odd D/s sex scene, wasn’t that interesting to me. Nor for that matter was the seeming disconnect between both of them, But in the space the story is set in, there’s a good explanation for why things happened as they did. The problem is that the story takes forever to get to the point and reveal what is really going on.

Vincent, and for that matter the other incubi that appear, are a group of very lost souls. The rules forced on them make things so much more difficult than they really needed to be. Considering where the story places the main characters, the lack of truths being revealed, even for a good reason as the story tells, creates more conflict where honestly there’s more than enough.

The work closes on a really positive and teasing note that I rather liked. It also left a lot of story open to be considered for all of the characters. I think what’s missing overall is there’s not enough telling of who the incubi are, their past and why things are now. It’s mentioned in passing but that felt a bit like an info dump and might have been done better.

Nonetheless, a captivating work with lots of twists and turns that held my attention throughout. Perhaps the heat in the erotica could be more focused, allowing for more of the reader’s imagination to fill in the blanks, but still well done.

Honestly this should be made into a larger series if only to allow for the other incubi that appear a chance to be something more than the shadows they are. A well told story with a lot of promise and a delightful read.