I can think of better looks for a date

A Review of The Succubus by Paula Spicer 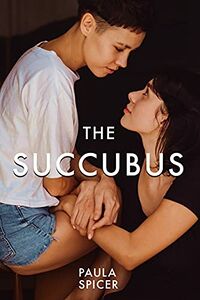 The Succubus by Paula Spicer

Not all stories with succubi have them at the core of the work. They are a means to an end, a tool used to drive characters in the direction the author wishes.

It’s a common thing, and used in a way that lends to a good story it works well. But saying that there is a succubus in a story and then not really having her part of the story does bring with it questions.

Theodore’s living the straight cis macho football-playing life that his father always wanted him to have. But he’s never felt truly comfortable in that world, in his body. He might have just kept on living the lie if not for the presence that possesses his body one night and changes him into a woman. He doesn’t know if this presence is malicious or benevolent, but it’s about to change his life forever, putting him on the path to finally make a move on his bisexual crush… Lana.

Theodore wants something he cannot have. But a gift given leads to a new life. In exploring her new life, Theo finds the challenges ahead, but the promises in another’s embrace.

The work is, at its core, a gender transformation with the barest hint of a succubus within the story. Theo, both of them, are wonderful and the emotional divide they have to deal with inside of themselves is told well.

It’s a lovely story, the characters are wonderful, but it really isn’t about the succubus. That’s fine for what the story is about, but the way things end bothers me. The succubus is never named, she appears very briefly and then vanishes. That’s a shame because the motivation for her actions really isn’t explored. She isn’t a typical succubus, which I do like, but not telling something about her was a disappointment.

There is one major flaw in the work, and this may only be in the edition that I have. There’s a major cut and repaste of the first six chapters, repeating them, and I wonder if there’s a lot of story that was lost in that. I do think there isn’t but if there is I’d have liked to be able to see that.

It feels like there’s an untold story, things not explored and that’s where my disappointment is. Perhaps there’s a continuation to Theo’s story, to explore the changes and see where things go.

A lovely story, Theo is wonderful and there’s a lot of good here. But it’s barely a succubus story, which I understand the reason why. But given the only point of the succubus seems to be triggering the gender change, what’s the point of her being there?

It’s a question that the story doesn’t quite give the answer to.