A Review of Lustful Desires by Vivienne Rose 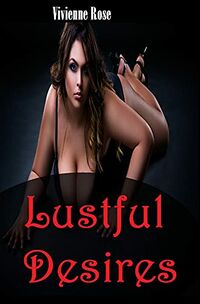 The thing about telling a story is that sometimes the minutia gets in the way of driving the characters further along their path. It can be difficult at time to avoid getting into the depths of detail, losing focus and just not getting as far in the story as you might like.

Still, if the story is about finding oneself, that can be a reflection of the characters themselves and the barriers they face.

Jessica does everything by the books. Does well in her studies at her college, is a good intern at her banking job. However, when her demon succubus powers start to surface, her life gets turned upside down. Getting what she wants starts to become far too easy. Can she control her lustful desires? Will she want to?

Jessica has been feeling out of sorts of late. There’s something odd going on that she can’t understand, or find a way to clearly explain. Not everything, or everyone, is exactly what they appear to be. Not even Jessica herself.

Overall this is a coming of age, or more accurately, becoming a succubus, themed work. Most of the time is spent in following Jessica’s nature coming out and what it does to her and those around her. It’s bittersweet at times, but there’s a good deal of hope and humor along the way. Jessica isn’t a typical succubus in her actions, needs or wants and I enjoyed that very much. But she is very lost much of the time and when her nature comes out, the sharp character change just reads wrong all things considered. That’s a shame because Jessica is interesting and perhaps having more understanding of herself by the close of the work would help her character.

The erotica simmers throught the work, it’s not really that central to the story, but appears to create conflict much of the time and occasionally turns in directions I didn’t expect. That’s not a bad thing, it does make Jennifer’s journey through the story more interesting. There is a but, however.

The story reads a bit scattered and unsure of itself. As well, another editing pass would be good to catch the tense and word issues that come up. The author may not be a native English speaker, which would explain why the dialogue reads oddly, or the narrative just doesn’t read well. Those are issues with the overall enjoyment of the story and I think some editing help would go a long way to make this a better read.

A good edit, a bit more focus, and perhaps making the emotional connections between the characters more than they are would get this work to where it should be.