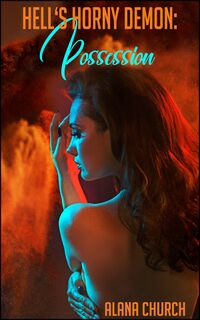 Evil is, when you think about it, a state of mind and if one is truly aware, then the concept of choice cannot be ignored. It is in finding out who you really are, regardless of the means taken to get there, which defines what has been hidden away and out of reach… and what you are willing to do because of it.

Lorelei may be a demon, but that doesn’t mean she necessarily has to like what she is beholden to do. A chance moment, a means to escape the darkness beings her to coexist with a nun seeking to do good. Perhaps not everything should be taken at face value by either of them, for when the truth arrives, the needs of both will be more than each alone.

Lorelei isn’t exactly a succubus, though how she is described and her actions do, on occasion, tend to be somewhat succubus-like. That’s not a criticism, far from it, she is her own being, has her own view of the universe and isn’t above making that very clear to those that she encounters. The thing is, a fragment exists within her, one that opens some really interesting plot ideas and makes her far more than just a demon alone.

Similarly, Kathleen isn’t all she seems to be on first glance, there are aspects of her that Lorelei brings out over time and creates an internal struggle that steels Kathleen in ways that are quite unexpected. It’s not quite a coming of age, more of a coming of understanding of herself and that was interesting to see.

The erotica’s heat works well, it doesn’t overcome the story and adds more to both of the main characters than what’s expected. That said, there’s also the question of the more forceful moments when Lorelei’s influence causes the story to turn, sometimes oddly, but continues to bring the two of them together, whether they like it or not.

What tickles at my thoughts as the story unfolded was where this work is set and how it may fit into other story characters lives. One specifically comes to mind, who has encountered demons before, and I wonder how she would react to meeting Lorelei and Kathleen, and what the result might be. The work creates two very strong characters, but towards the closing moments, the strife and confrontation that builds up gets redirected and in a way that makes sense with the overall universe of this author’s writings.

Perhaps the only thing that’s missing, and I’ll trust that the next work in the series will address is, in Lorelei’s departure from hell, someone has to have noticed, might even have figured out where she is. If so, then, what’s the conflict that comes from that and what does that mean for Kathleen?

Lorelei is interesting, Kathleen is quite firm in her resolve. That’s a combination that could cause no end of issues in the future, not for themselves perhaps, but to others that have kept the truth from both of them. That could well being them into conflict with something Lorelei escaped from and if Kathleen can come to a resolution, there’s some interesting ways this could unfold.

Always a delight to see this author visit the world of her succubi and I await the next work in the series with high expectations.