Succubi Image of the Week 666

Succubi Image of the Week 667

A Review of At Her Mercy by Mistress Ty 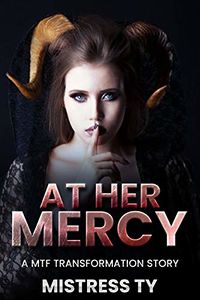 At Her Mercy by Mistress Ty

Gender transformation stories of late seem to have succubi appearing quite often now. They appear and offer one’s desire and then see where that takes the story.

WYou never believed in magic or the supernatural, until the day you summoned a succubus. She tells you that she’ll fulfill your darkest sexual desire, and uncovers your secret, a longing to be a woman. You adamantly deny her claim but she knows the truth, and is going to change you whether you want it or not.

There are desires that a soul can possess which seem impossible to have come true. A wish offered, and accepted, can bring desires new and unexpected. Sometimes it requires a pact with the impossible to be brought to life.

The story tells of a gender transformation with a succubus being a small part of the story. Lilith, the succubus of the work, can be quite delightful in her snark and nature, and it held some promise at the start, but it didn’t really follow through.

It’s something less of a succubus story being that the story’s focus was on the main character’s transformation. Lilith is interesting on occasion through the story, but really not enough to say she’s part of it more than a means to an end. It’s a shame really, there seems to be options and stories with her, but just not used well.

The erotica is somewhat fleeting, there’s not a lot of heat to be found. The transformation aspects work well enough, but the place where things end seems over the top and somewhat disappointing considering all else that came before.

As a gender transformation work, there are parts that work, but otherwise Lilith just isn’t as present as she might have been which makes this being a succubus story somewhat less. Perhaps a bit more realistic transformation, a bit more focus on the why of things might have made this more than it is.