Succubi Image of the Week 648

Succubi Image of the Week 649

A Review of The Coven by Janet Graceland 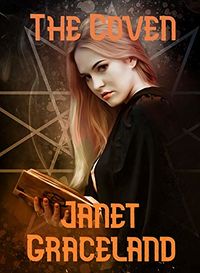 The Coven by Janet Graceland

Transformation erotica many times has succubi appearing as characters. It is, after all, a common thing for succubi to transform their appearance.

That can be interesting, more so when there’s more than a physical change, especially when there are consequences that appear. The problem is when the appearance of the succubus is somewhat muted in the overall story.

At the request of his girlfriend, Sarah, twenty-one-year-old Kyle decides to attend an academy. But when he finds himself at the address of the institution, to say that he is surprised to find himself in front of a Gothic mansion would be an understatement. He quickly learns that the academy is a front for a coven of witches, with the leader being a woman called Lilith Lust, who offers to transform him into a woman. With curiosity nagging at him, he accepts her offer, and soon discovers that magic is real. With it, he participates in a variety of sexual experiments with other members of the coven as he learns to embrace his new self.

Kyle arrives at an academy for a short stay, but he finds that there are certain requirements he cannot meet without some needed changes. But Headmistress Lilith offers a solution and soon Kyle is Kylie and that’s just the beginning.

The erotica doesn’t have that much heat in it as a whole. It feels like everything happens in a rush. It’s a shame because once past the transformation and a few entanglements for Kylie, the story just sort of misses something. I think that’s mainly in not telling more about Lilith, the academy and most of all, the characters that appear.,

It’s a cute story, Kyle becoming Kylie and learning about herself as a succubus was nice. It’s a shame the transformation wasn’t more drawn out however.I’d have liked more about Sarah, who pushed Kyle to this decision as well. There’s just a lot of little things that are missing.