Succubi Image of the Week 611 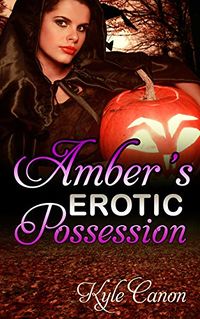 A succubus possessing someone is somewhat of a trope, usually involving Lilith much of the time. When this is at the core of the story, there needs to be more than the erotica, more than words spoken.

There needs to be a reason for why things are, what is at stake and, most of all, the desire shown.

Amber and her friends are outcasts, members of the geekiest book club on campus and all virgins! Each year they find a haunted location to spend their Halloween. This year it was Amber’s turn to pick the spot and she found the perfect location; an abandoned Brothel which had been the site of many mysterious murders over the last century. They had no idea a malevolent entity occupied the premises and would take them on a night of ultimate terror and sexual depravity.

Choosing an abandoned brothel for a meeting with her friends at Halloween seems like a match made in heaven to Amber, but it opens a door to hell. Releasing Lilith into the world and being possessed leads Amber to witnessing the horrors she has released and not being able to do a thing about it.

Lilith, the succubus of the work, is very much a stereotypical evil succubus character which was both disappointing and expected when she appeared. It’s not so much that her over the top nature and actions get in the way of the story as it is the issue of the dialogue she uses being too melodramatic for my tastes. Yes she is in control, yes she is doing evil things, but the words spoken just don’t reflect that well enough.

The work’s erotica is too pornish for my liking. The dialogue reads very wooden and Lilith is too stereotypically evil. Some of the battle between Amber and Lilith is interesting, but that’s not enough to overcome the storytelling and gaps in what otherwise could have been a lot more than it is.

It seems like there should be a follow on story and hopefully that brings something more. For what this work offers, it would be good to edit the dialogue and narrative to give it the missing lfe it needs.