Succubi Image of the Week 608

Succubi Image of the Week 609

Possibly the worst Devil Wig ever and that’s saying something…

I’ve looked at a lot of wigs, some that are trashy and some that, as a whole, really aren’t that bad. This week, however, I think I have found the worst wig ever and that’s saying something. It goes past trashy into the realm of questioning the sanity of whomever created this mess. 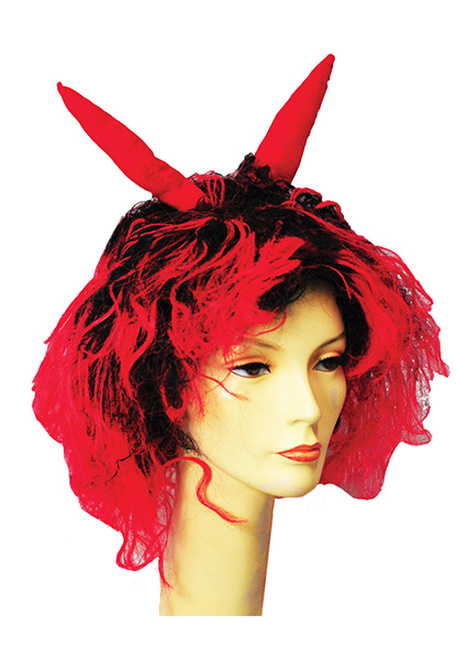 This is called, simply, the Devil Wig and you can find it, if you are really that desperate to do so, on a very limited number of websites for $30 US, which is, honestly, dearly overpriced.

Those… things on top are supposed to be horns… and I do believe they have to be the worst example of horns that I have ever come across. That’s honestly saying something considering how long I have been writing this commentary on Wednesdays and all of the awful things that I have found.

Calling this cheap would be giving a compliment, but really it is cheap looking, it makes little sense. It looks, in a vague sort of way, like a cross between bunny ears and horns that didn’t work. Even the wig itself doesn’t work well, the colours are too over the top, the shift from black to red is too abrupt and just makes the entire thing look very much like a bad joke.

Not worth considering, there’s many wings at the same price point that are hundreds of times better than this.