A YouTube about the next game Morrigan Aensland should appear in

Succubi Image of the Week 561

Occasionally a cape has possibilities for a costume 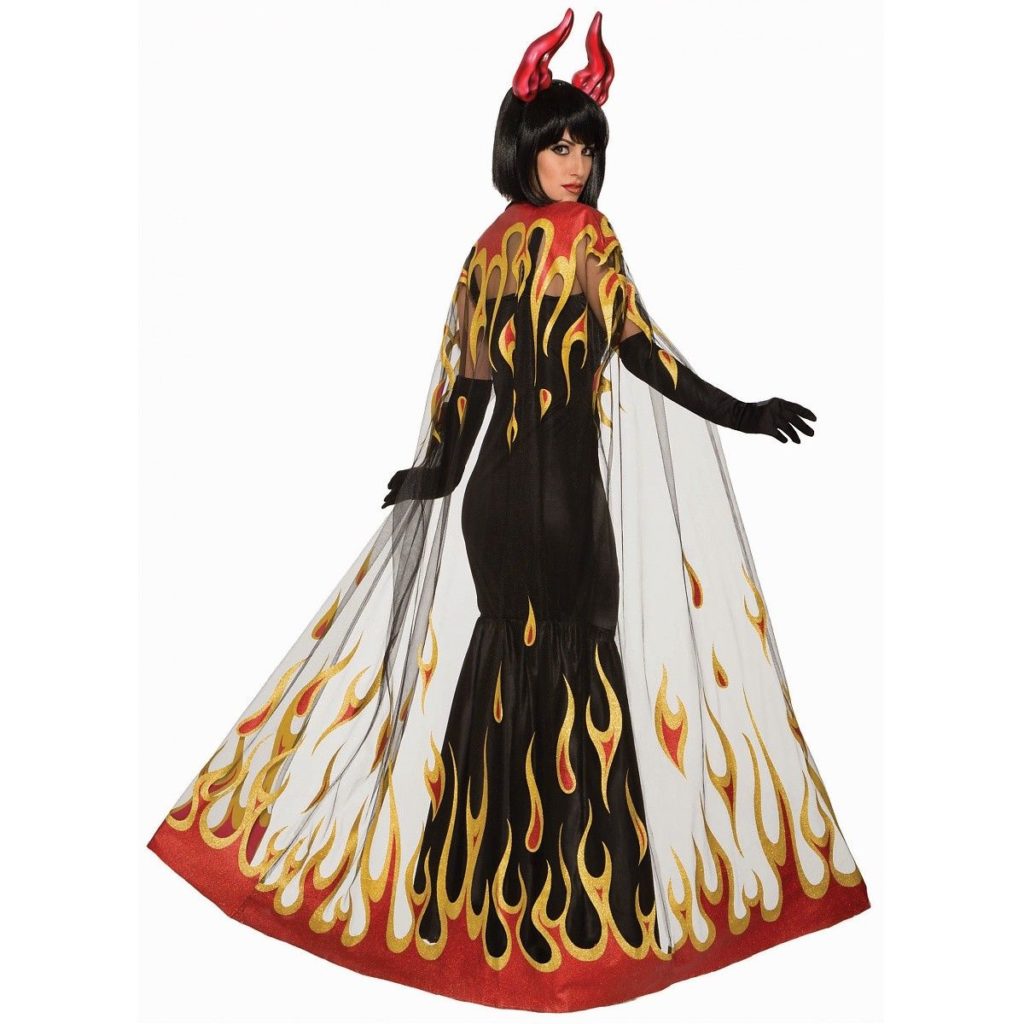 Personally I don’t care for capes all that much and that’s mainly because they look odd or the way they are attached just bothers me. That said, the choices I make tend to make capes not work in the first place as well. However, I came across possibly the first cape that I rather like, which is saying something.

This is called the Demons and Devils Fire Costume Cape and it sells for $35 US on the sites I have found it on.

I know I need to focus on the cape in this mull of mine, but I will say the horns this model is wearing look completely wrong. That said, the cape works well here, I like the sheerness of it and it really goes well with the black dress and gloves the model is wearing.

I’m not sure that it would work with a red dress however, the flame motif would kind of melt into the red of the dress. That said, it’s not awful, it actually works well in this style and costume choice. Perhaps most importantly, it might well be the only cape I’ve ever even liked.

It’s a thought, not sure I would really consider it though…