Succubi Image of the Week 559

I can’t see the sizzle in this costume 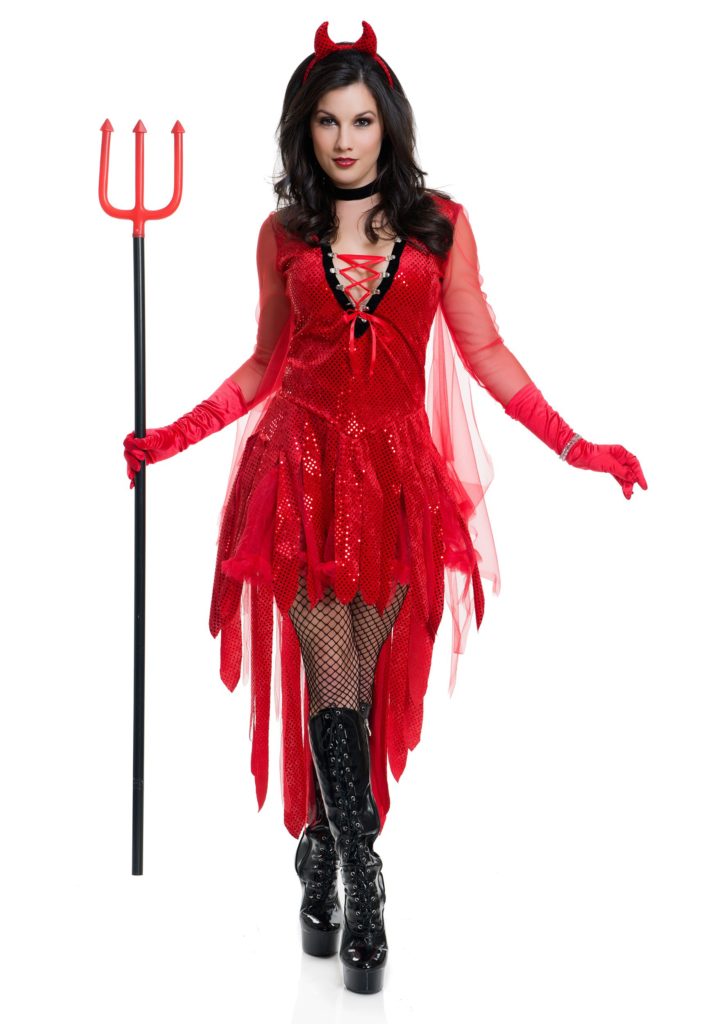 The way costumes are described does, at times, make me sigh and wonder just what they were trying to create. Certain words generally bring expectations, understanding, even if that is only to hint at just how lousy the costume is. There’s a saying about sizzle and steak, but in this week’s costume I’d be more inclined to put a stake through this hot mess.

This is called the Sizzling Devil Costume and it comes with the rather shoddy looking dress and the far too small horns. The pitchfork, stockings, gloves and boots are not included and it sells for about $80 US. Adding the other accessories shown here pushes the cost of looking this bad to $200 US.

I’ve reviewed many, many costumes and there are a vast number which fall into the $200 price range that are ten times sexier and look better than this. I just can’t see the attraction in this costume, nor can I really understand why this is being sold for what it is.

There’s nothing here that’s really worth the asking price, nor is there much of anything that attracts me. It’s a trashy look and one can do better than this for about the same cost which is saying something.