Succubi Image of the Week 548

A rather interesting horn mask… 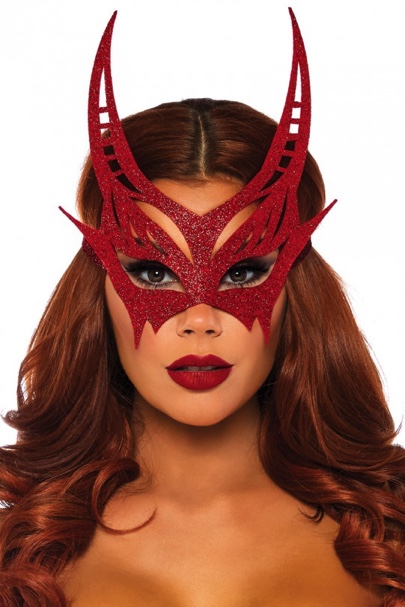 From time to time there are some masks that interest me. I like unique designs, something that’s attractive, something that suggests that the designers might have actually been thinking about how to make something that wasn’t trashy.

This is called the Sexy Red Glitter Devil Mask and it sells normally for $15 US, but can be found on sale from time to time as low as $5.

I have one of these and there’s really one complaint I have which is the string to hold it on is elastic and it is very easy to break. That said, once I replaced the string with a better one, it actually fits fairly well overall.

The band is rather thick and it does stand out against one’s hair as it’s not really made to be hidden well. But, again, changing to a better band, or adding a wig, helps with the illusion.

It’s not uncomfortable, if it’s put on correctly your vision isn’t impeded very much either. While it does have some glitter, that isn’t overly done and with the right dress it works fairly well. As a option to horn headbands, it’s not a bad one overall.

Better than most horn headbands, there’s just enough sexy in the look and that’s not a bad thing…