Succubi Image of the Week 547

A Review of Demon Seed by M Wills

There is a kickstarter going on, or was, which had the goal of creating a role playing board game called Anno Domini 1666. I know very little about this game, mainly because there’s not much in the way of succubi appearing in it. However, there is a YouTube that I found which shows succubus figurine from this game that I thought was quite interesting.

If the video doesn’t play here on the Tale, please try this link.

As YouTube has a tendency to make videos vanish, here’s an image of the figurine, unpainted, which I think is interesting as a whole. 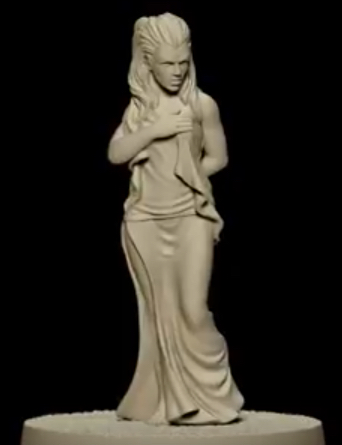 As this game is set quite some time in the past, I do like her overall look, her tail is a bit odd, but in the context of the game, and what little information there is about succubi in it, there is some sense to it.

Overall, I just found her to be interesting, in form and presence. There are some really well done painted figurines that can be found online which make her features stand out far better of course.

Perhaps there will come a point where I’ll be adding her to the SuccuWiki, or at least an article about the game to a point. I do look forward to seeing what the creators of the game will make succubi to be.

One hopes that they are not stereotypically so…