Succubi Image of the Week 546

A Review of A Kiss of Forlorn Beauty by Matthew Bran 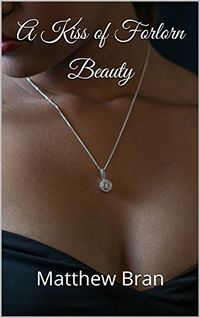 A Kiss of Forlorn Beauty by Matthew Bran

Short stories, especially very short stories, come with a problem that’s hard to overcome. The story needs to develop, the characters need to have some kind of conflict or issue to overcome. It doesn’t really work when that development is skimmed over at best or at worst just summarized.

Basing a story on a well known tale isn’t a bad thing, but when the story turns away from the expected, it should then delve into why things are, who they are and perhaps most of all, why it matters. Tragedy comes in many forms, it should not stand alone when there are other emotions playing in the fringes of the story.

A young woman falls in love with a prince- an incubus who needs her for her beauty.

Melrose’s dreams tell of both a fantasy and a promise even as her reality tells of a future which she fears. A choice will be made, of which she has no control over and when that moment comes, the dream will be both a dream and a nightmare.

The book is very short which honestly is a real shame as there’s a lot of character, plot and events to get through in a very short period. As such, many events are glossed over and there’s something lost when that happens. The beginning offers a good story with the possibility of mysteries to unravel, but isn’t given the time to do so.

The work really needs to be a lot longer, mainly in what comes towards the latter part of the story. It reads too much like a summary and with all the possibilities in the work, that’s a real shame. The ending isn’t unexpected, considering that the Prince clearly says what will happen. But that’s the thing isn’t it? He could have made another choice, possibly going as far as to transform Melrose into a succubus.

Honestly that would have been an interesting turn of events. Still, this is a variation on the Beauty and the Beast theme and I think as such it works really well. But it isn’t an incubus story at its core. This is a tale of love cursed and it does tell that story with the right feelings of loss and impeding crisis.

But the ending is as expected, which is a shame and it is the last lines of the book that, for me, are the most sad of all. It is a statement of action by the Prince which, had he seen past his own flaws, could have meant a better ending. If not that, then there was another path through dreams which would have been good, if not perhaps as heartfelt. Regardless of which path, either would have been more telling than the rote ending that appears.

I think however that the author should take another look at this work, expand on the story when the Prince and Melrose are together and tell that more than it is. A bit of joy would add a lot to things as a whole.

The work could use some editing and expansion, I think doubling of the length would make this a far better read than it is. That said however, there is emotion and empathy which I did like as the story came. But it is short, it really isn’t much in the way of an incubus story as well. More detail, more character development and most of all, more story told would be something good.