A Devil Costume that looks right is a delight to find 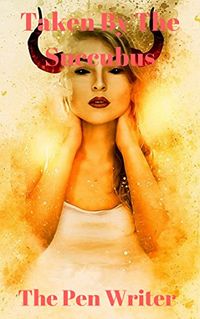 There’s quite a number of works which have succubi involved in gender transformations of others. It’s becoming a real trope along with futa succubi appearing, if perhaps a bit more numerous. That said, gender transformation brings with it the changing of a character and the impact it has on their personality. Telling that story doesn’t always go well, there are times when fingers are snapped and “that’s how things are.” But really that’s a bit of a misconception and leaves out some important questions.

Character change is both development of the old character and the creation of someone new. Where that concept takes the story can either work well or lead in a direction that leaves a lot to be desired.

James is a college student who has a confidence problem. Because of this, he lacks the courage to ask out Sarah, his dream girl, on a date. As a result he is always in a sulky mood. Then one day things change. He finds himself transported to a mysterious island. At first he thinks its a dream. But when a mysterious woman called Jezebel turns him into Jamie – a young succubus who is overfilled with confidence, he begins to look at life in a new way.

James is at a loss in many ways, the wants war with reality and when it really matters, he never quite gets what he wants. A poor choice brings him to the attention of Jezebel who transforms James into Jaime, and the new creature’s anger and need overcome all else.

The work is a hot flash with really not that much heat to be found. It’s very much a gender transformation story with a bit of succubus transformation added to spice things up. As it is a short work, there’s really not a lot of time spent in developing the characters. Much of the story deals with action and reaction with little given to growing the story beyond the building anger that boils within Jamie.

That is, for the most part, the issue with this work. Jaime’s anger issues overcome everything else and in doing so there’s so much story lost along the way. There’s little told about Jezebel, next to nothing given to build up the plot outside of the transformations and hints of mind control from time to time. At some important parts the story moves into something of a summary of events and doesn’t detail them very much.

While there are the appearance of succubi and they are mentioned, the work is less about succubi than it is about the gender transformation and the consequences therein. Once transformed, Jamie isn’t so much a succubus as she is an angry little thing seeking revenge. I found that to be somewhat boring as things happened and I don’t think they needed to be.

The work needs editing to tighten up the narrative, correct several tense and plural issues as well. There’s also a need to build more into the story than there is, mainly because events spiral out of control and if some time had been spent in Jamie dealing with her anger and becoming less of a wild thing and more of a plotting seductress, I think that would have made for a better story.

The ending is very abrupt and quite unexpected as well. I don’t think it worked well, certainly it mad some sense with what happened prior to the climax. But it wasn’t a satisfying conclusion, it offered a tepid resolution and a forecasting of Jamie’s future that was quite sad and disappointing.

The story’s focus on anger over all else bothered me in that there was opportunities for taking Jamie in more interesting directions. While I can see where that anger came from, it takes away from the temptation aspects of the work. The transformations are interesting, but again they lack something because of the anger issues that Jaime can’t overcome.

There’s the core of a story here, but it can’t get past Jamie’s anger which overcomes everything else. The work is no longer available, but a rewrite to create more conflict between Jezebel and Jamie, time spent in making Jamie more of a focused creature than one driven by anger, would be a good place to start and make a better story overall.