Succubi Image of the Week 537

The costume isn’t that awful… But the tail is.

I stumbled across a very short little film on Vimeo this week which I find both really quite well done and at the same time a little bit disappointing. It’s filmed well, the music is lovely, the cosplayer is wonderful in her role. But it’s the little falling back into the expected stereotype of succubi that took something away from the overall work. That is, of course, only my opinion, but nonetheless, it’s delightfully fascinating to view.

In the event this film cannot be seen on the Tale, please try this link.

As always, in case the film vanishes from Vimeo, here is a screenshot of the succubus, cosplayed by Juliette Michele. 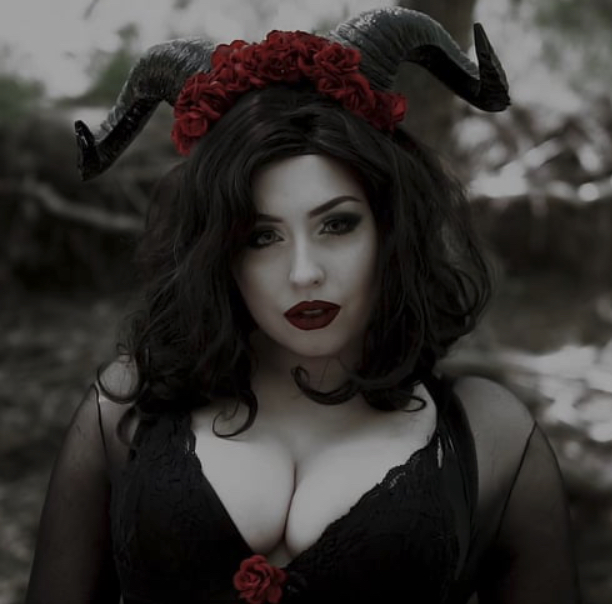 I do rather like the seductive undertones of Juliette’s cosplay, it’s not over the top nor are things pushed towards being silly as sometimes happens. The look she carries really works well with the tone of the film and the music, and I liked the imagery that the film mixed with her appearance.

Where things go a little off for me is moving from the seductiveness towards some quick cut shock moments where Juliette reveals she is wearing fangs. Now, I’m not against that look as a whole, but I found myself wondering if things wouldn’t have been more seductive with the camera somehow falling to her, she moving closer, perhaps licking the tip of her tongue over a fang as things fade to black.

Regardless of my thoughts on that, it’s an interesting short that has the seductive aspect of succubi that I like. I think Juliette is amazing in how she looks and her expressions as the film unfolds.

Perhaps it’s the question of what it might have been with less shock and more submission?

Something to think about at least…