Succubi Image of the Week 532

I don’t quite see the appeal of this costume’s beauty, if there is one

A Vimeo of the Sailor Succubus Figurine

I discovered a Vimeo video which shows the Sailor Succubus Sapphire produced by Orchid Seed and sculpted by Mohio. There is a SuccuWiki article about her, which you can find here, but this video is interesting to me in that it gives a really good idea of the figurine. While this isn’t narrated in English, I still found it interesting to watch and muse about.

In case the video does not appear here on the Tale, please try this link.

In case the video gets taken down at some point, here’s s screen capture of the figurine just after the presenter has unboxed her. 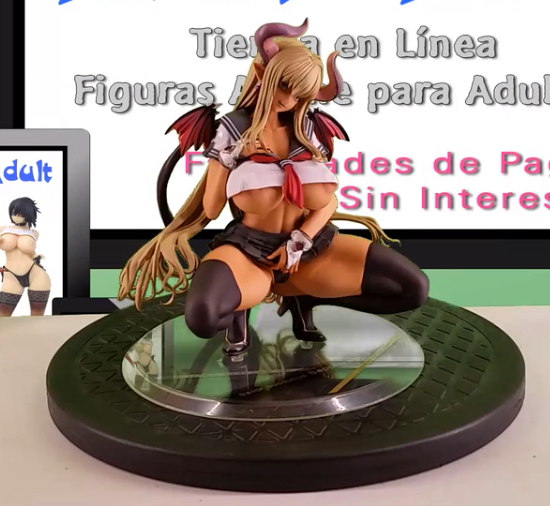 She’s a bit over the top really but that’s mainly because she was the covergirl for Comic Unreal Volume 33, an anime adult manga series. As such, she’s well and truly an adult character and while that’s a bit more than I really like, overall the idea of a “corrupted” character from that series sounds interesting.

That brings me to a though I’ve been mulling over in that there’s been a lot of manga of late in which characters are corrupted into succubi. That’s a mull I will have to share some other time, but in short, it’s an interesting contrast between what Asians see succubi as and how they are created in a lot of manga of late.

As for this character, I think if she’d been made a bit less over the top in her sexuality that could be a really interesting model. She is popular however, and that’s a wonderful thing because the Comic Unreal series has created a lot of interesting succubus characters.

The only thing I’d like is that the translations to English were a little better than they are.