Sometimes there’s a costume that gives me an idea…

Succubi Image of the Week 530

Succubi are, as a whole, interested in sexually. However, sometimes they are also interested in passion and for some, their passion is in music. Generally, at least in mythology, the Leanan Sidhe are connected intimately with creativity. But why not succubi as well? This week’s art suggests, at least to me, that idea. 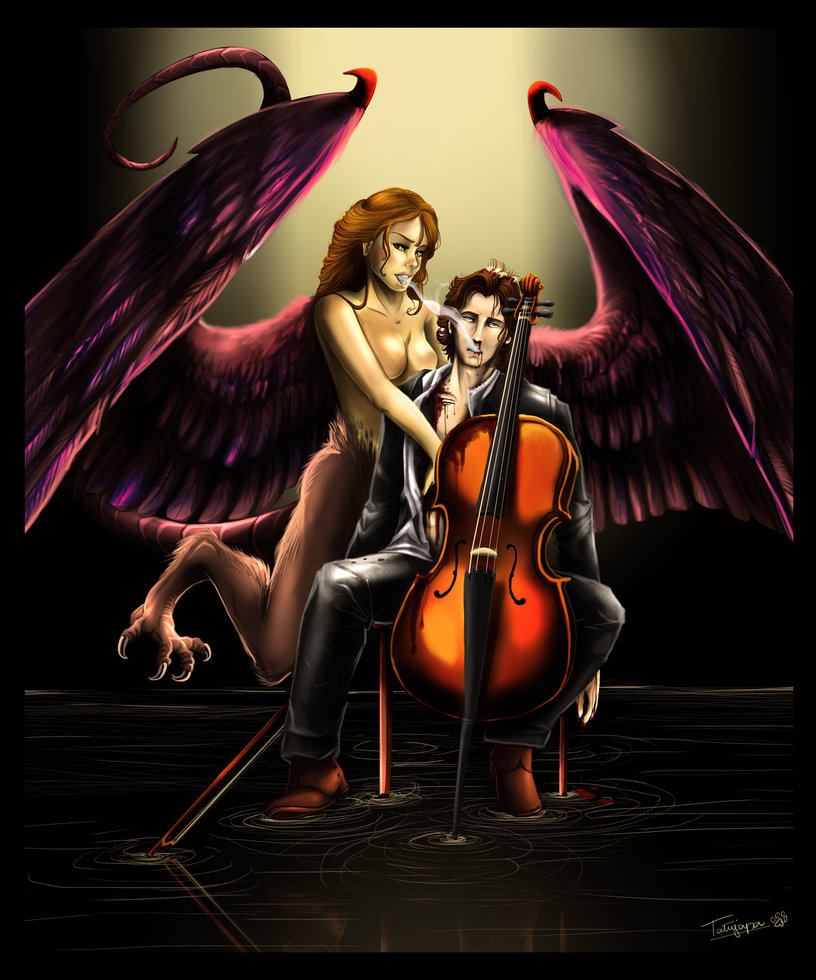 This work is by the artist Tatujapa on DeviantArt and you can find the original page with this art here and this artist’s page here on DeviantArt as well.

She’s feeding on the player, taking something, but is that his soul? Inspiration? Creativity? Something more? The concept works well in that she does take, it’s up to the viewer to try to work out what that is.

She’s interesting physically, even if her feet or claws seem a bit odd. I think that’s more of my personal dislike of hooves coming through in that however than it is the artist’s creation itself. Intense expressions on both characters, but there’s an intimacy as well. It’s that conflict that makes things something unique.