A Review of The Ten by Randal Schaffer

At least they are honest about the name of the costume… 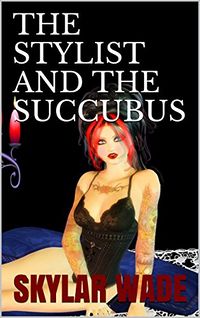 The Stylist and the Succubus by Skylar Wade

A review of the second work in the Succubus series by Skylar Wade this time on the Tale. I reviewed the first work here and noted there were a lot of issues overall in the writing. It’s a shame that mostly the same thing applies in this work as well.

n part two of the Succubus series, Nikki meets Charity a hair stylist and invites her to a Halloween party, but when Charity meets her friends some of them may not be in costume! Read the story to see if she survives.

Charity encounters Nikki and is invited to a party. But it’s not what she expects and when the truth is revealed, the battle for her soul begins.

The work is a hot flash with some moments of heat mixed with a story that can’t quite find its way once more. The story is scattered, there’s a lot of plot ideas and direction to take, but the author doesn’t seem to focus long enough to make that happen.

The question of whether Nikki might be a succubus or not stills remains. The lack of focus, of telling a coherent story, takes away from what otherwise might have been something interesting. There’s too much that happens in a very short time and the story is rushed. The scattering of plot ideas, of a sentence or two that offers something, only to be taken away for the story needing to move on is a problem.

The work needs an editing pass to improve on the narrative, to connect the scenes together and make them better than they are. The erotica lacks heat overall, and the questions left in the ending felt like the author came to a point and then walked away from the story again.

The work needs a rewrite. It would help a lot and make both works in the series so much better.