One of the most unique Succubus Speedpaintings ever…

A Review of The Ten by Randal Schaffer 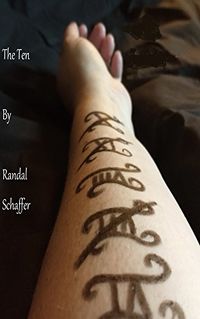 The Ten by Randal Schaffer

Corruption is, generally, something that appears often in stories about succubi. It’s seen to be part of their nature and as such it can’t be ignored.

But at the same time, the corruption needs seduction to make things work and that can be a telling thing within the story itself. A review then of a darker sort of tale about a man falling to the temptation of one succubus.

He lied. He cheated. Whatever he needed to do to make sales and to satiate his desires, he did. Women were his playthings. Until he met Lily Ardat…

Some souls are missing light within themselves. That will attract the darker forces to them, offering temptation. Whether they can resist or have no choice but to reveal their nature is a question only they can answer.

The work is a very dark tale of temptation, self-destruction and the taking of one’s soul for their own dark desires. It’s very much focused on corruption from the beginning and as it unfolds there’s really not much left for the main character to find a way out. Much of that is their nature and desires which the succubus of the work, Lily Ardat, can hook into and play with his soul.

Lily is very much an evil sexual being, closest to a stereotypical succubus in her nature, personality and actions. She doesn’t actually appear as one, but she uses sex and temptation to control those around her. It’s well done in that respect, but when things take a dark turn, they really turn dark.

It’s a different sort of succubus story, mostly concerned with the corruption aspects overall. I think that works well in doing so, but I’d have liked more told about Lily and how things started with her.