A Review of A Dish Served Cold by Grace Lovejoy

It’s shiny, it’s not exactly sparkling as a costume…

A Review of Lilin by Electa Graham 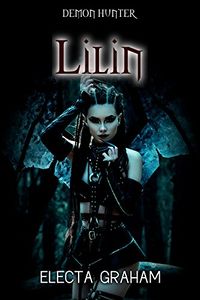 Not all stories about succubi and incubi are works of erotica. Much of the time, they tend to be the “big bad” of works with an action tone to them and that can be a difficult tightrope to walk. Done well, they can be evil creatures with evil intent. They have a plan, or goal, and in having that there’s depth to them. But sometimes they are a means to an end, an explanation for how things are, not the reason why.

For me, it’s the why that’s interesting. Simply enthralling others isn’t enough. I want to know the why, their background and their history. If the main characters have that, doesn’t it make sense their opponents have the same?

Lilin demons seduce humans and take their very life essence. They are almost impossible to kill and they are insatiable. When they move into an abandoned city block in Boston to feed off the homeless no ones cares, but when they prevent a rich developer from turning the buildings into waterfront condos that’s another matter. That’s when he calls in Jael Allen. Killing demons is what she does best. She’d do it for free but this job comes with a big pay out, that’s if she can make it out alive.

Jael’s job isn’t anything like your typical nine-to-five. Being a demon hunter means you go where the action is and sometimes the action turns out to be more than she expects. Called in to deal with a group of Lilin, Jael knows she’s in trouble with them, but what’s worse is her competition and the past they share.

Overall the work is an introduction to Jael, her world, and setting up what seems to be a series to follow. The focus in mainly on Jael’s thoughts, her reactions and what happens around her. There’s little hints of mind control here and there through the Lilim when they appear which work well.

The succubi and incubi are, as I expected, rather stereotypical, but that’s really part and parcel of the work. If they weren’t then the story couldn’t unfold as it did. This isn’t erotica, it’s really action-adventure and in that vein the story works well and the characters are interesting. I’ll admit that there’s one point that bothered me, which was meant to put the inhumanity of the Lilin into sharp focus, but all things considered I didn’t feel like it needed to be in the work as a whole.

That said, the story moves at a quick pace, there’s not a lot of time for reflection as things unfold. There are moments which give a glimpse into Jael, and she’s really interesting in what’s told about her. Being dropped into the story, there’s some gaps to be told about her, which aren’t critical to the story and aren’t an issue by far. But there’s a gap in telling something more about the Lilin than what they do, how they whisper sweet words to Jael and her companion, There’s a hint of something more to be told, but it isn’t.

That’s understandable, the Lilin are a means to an end and they aren’t supposed to be much more than the monsters of the moment. Still, some of their comments, their actions and what their victims reveal, leave a lot of questions behind. It would have been nice for some exposition of some sort to play that part of the story out more.

Well written, the story is told well, the main characters have clear and delightfully sharp personalities. But this isn’t erotica and it isn’t really about the succubi or incubi themselves, even if they are so central in what happens. It’s about Jael and who she is, which is a very interesting story by itself.

An interesting start to a series, which I hope it is. Jael might have made a lot of enemies in her time, seen a lot of things, and delving into that part of her character needs to happen more than it does so far. There need not be a recurring theme of Lilin coming back into the series, but at least, as things happen, telling more of her past would be a good thing.

Less a story about succubi and incubi than it is about telling the story of those that oppose them. It’s a fun action adventure read with a main character that I really do like. Perhaps a bit too short, a bit glossed over here and there, but the promise interests me.